Grand National Elliott Electric Supply is a 218,400-square-foot, tilt-up built-to-suit warehouse for Elliott Electric Supply. It includes 25,000 square feet of office space, tilt-up construction and ESFR fire sprinkler system and is located within Hines' 110-acre Grand National Business Park in Houston. It was completed within the contracted eight-month construction schedule despite major supply-chain challenges. The design and construction team pioneered an industry-wide solution and met the schedule thanks to decisiveness, creativity, and boldness.

When preconstruction began for the eighth and final industrial building within Hines' 110-acre Grand National Business Park in Houston, the team was faced with a 10-month delivery delay to receive critical structural steel roof framing material. Pre-Covid, Arch-Con built six buildings simultaneously within the same development in less than 12 months. Therefore, a contracted eight-month construction schedule for a 218,400-square-foot tilt-wall build-to-suit warehouse facility for Elliott Electric Supply had a major time challenge. The steel joist and joist girder supply problem was compounded by an unprecedented volume of orders. Arch-Con and Hines brought a key, collaborative team together including Founding Principal Don Greive with Pinnacle Structural Engineers and Matt Postel with Postel Companies to solve a critical problem: How can we build an industrial building when steel joists and joist girders are simply not available when we need them? Greive and Postel solved the problem. They concluded that going to a deeper deck, wide-flange beams could be used if spaced out further than joists to offset the additional weight of the beams. Hines agreed to the design and with their keen decisiveness, they released the beam material and roof decking early. This coupled with the fast-paced design collaboration between Postel and Pinnacle, the team was able to pioneer an industry-wide solution to a major supply chain issue during the pandemic and be the first to do so. According to Postel, Elliott Electric is the first warehouse/distribution project erected using this innovative design.

This is the first project that we know of where steel beams were erected instead of joists which saved time during the construction process. In fact, beams saved so much time on the schedule, the steel core of the building was erected prior to the panels being installed. There was significant effort in coordinating with other trades regarding the differences between beams and joists. In particular, the impact of beams on sprinkler pipes and layouts needed coordination. The pipes, in most locations, pass thru beams so holes are required in the beams. The hole sizes and locations needed to be reviewed to see if there would be any impact on the steel design. Also, additional beams were required to brace the purlins for wind uplift loads. These locations were coordinated with the sprinkler layouts. Because this was the first project using beams, substantial effort was made between Pinnacle and Postel to optimize the beam design. This included beam spacing, connection types between beams and at panels, deck design, as well as any erection concerns. With the 3N deck, beams were spaced out substantially further than for joists to gain efficiency. Connection types were discussed to provide efficiency both in the shop and in the field.

It is estimated that tens of millions of square feet transitioned to using this method at the height of the supply issue. And, nearly every industrial project was doing a study to price joist vs. beam, and this continues today. 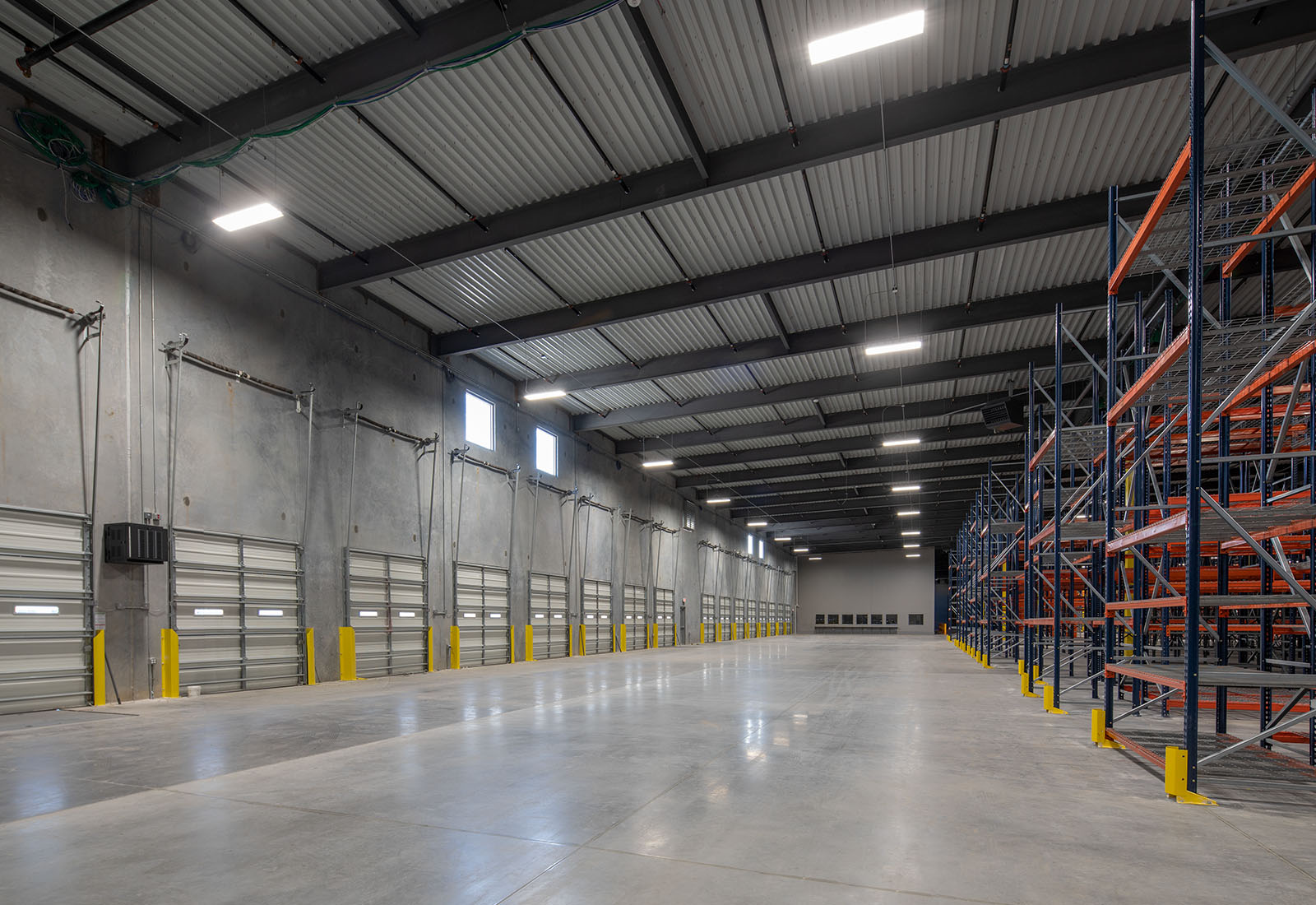