Triton Auto Spa is the first full-service car wash to be built in the Madison area in the past two decades. It is also the very first tilt-up car wash car wash in Wisconsin. This unique project consisted of 31 exterior panels that are our typical white sandblasted concrete, 4 exterior panels that received a painted gray accent color, and 18 interior "tunnel" panels that are structural concrete only. Located in Middleton, WI, Triton was built near several car dealerships and body shops, with the intention of securing corporate accounts with these local businesses, as well as serving the greater community.

1. Schedule: The owners of Triton Auto Spa needed the facility to be up and running by May 1 for the spring rush of clients. Panels were formed and lifted in November, when temperatures were dipping into the low teens. Blankets were used to warm the panels as they cured. 2. Site: Because Triton's floor was pitched and full of drains, casting panels on the building floor was not an option. Casting slabs were poured around the perimeter of the building, extending all the way to the lot line. This still did not give us enough square footage to form all the panels, so we ended up pouring and lifting in phases. Exterior panels were poured on the casting slabs then lifted to a temporary bracing position. Interior tunnel panels were then poured on the same casting slabs and lifted to their final positions. Finally, the exterior panels were moved into their final positions. 3. Sandblasting: We knew sandblasting could be an issue due to Triton's proximity to many neighboring businesses, including three car dealerships with hundreds of cars in their lots. We devised a temporary "hood" that would trap any sandblasting dust. This did not work as effectively as we had hoped, and when the wind shifted, we found ourselves responsible for nearly 1,000 dusty cars. We hired a mobile car wash and were able to get all of the inventory clean, ensuring that Triton wouldn't get off on the wrong foot with their new neighbors.

As stated earlier, Triton Auto Spa is the first full-service car wash built in the area in over two decades. As such, they were able to implement a state-of-the-art filtration system that is not used in other local car washes. An interior filter first strains the used wash water as it exits the building. The water is routed to a separate holding tank, where any remaining dirt and debris settles to the bottom. The clean water that rises to the top is then siphoned back to the city. This process greatly reduces Triton's environmental impact. 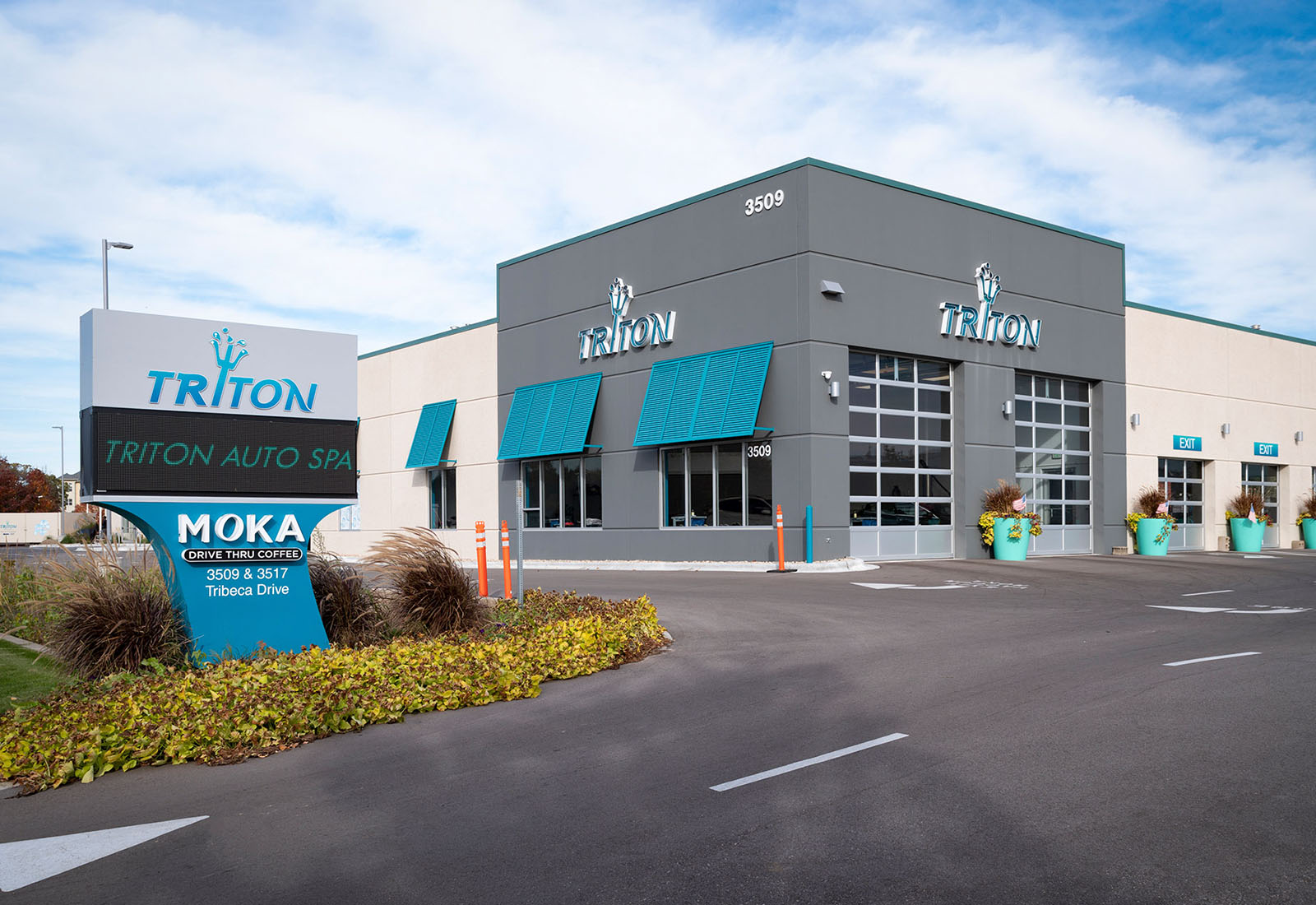