The 1.1 million square foot concrete tilt-up building includes 200,000 square feet of mezzanine and 650,000 square feet of freezer and cooler space – the largest such system in a five state region. The 74' tall building was designed with multi-level pick modules and features many miles of an extensive conveyor system. The 116 acre site also allows for the construction of future buildings in the second development phase to house Shamrock's other food services on its new regional campus.

The tilt-up process for this large-scale warehouse and distribution building was made challenging due to the size of the panels, with most coming in right at 55 feet or larger, with the heaviest panel topping the scales at more than 180,000 lbs. The project was located outside of Denver, and the winds along the Front Range are strong and constant. With panels that are taller and thinner than normal (8-inches thick compared to 9 to 10 inches on most projects), the team needed to be vigilant during the tilt-up process to monitor the wind gusts. The team was able to remain on schedule during the process, lifting 143 panels into place safely.

For this project, the foundations and tilt panels were placed during winter and the walls were erected prior to slab-on-grade work to allow for steel erection. The panels were lifted into place and braced with helical piers. Once in place, the panels were welded to wing girders on the steel framing and to the mezzanine deck. The mezzanine deck provided mid-span support for the panels. Also of note, the design of the building called for three expansion joints.

The developer on this project, Majestic Realty, and the general contractor, Commerce Construction, were required to complete major off-site improvements. These included designing, constructing and delivering or working around items, such as a new arterial roadway (East 38th Avenue), water mains, electric, gas, and fiber lines, the City of Aurora's regional sewer interceptor, regional detention ponds, and the $15 million First Creek drainage, waterway and pedestrian trail project. The project will also deliver economic impact to the community, providing a state-of-the-art cold storage and distribution facility to serve the Front Range and it will provide hundreds of full-time jobs for the region. 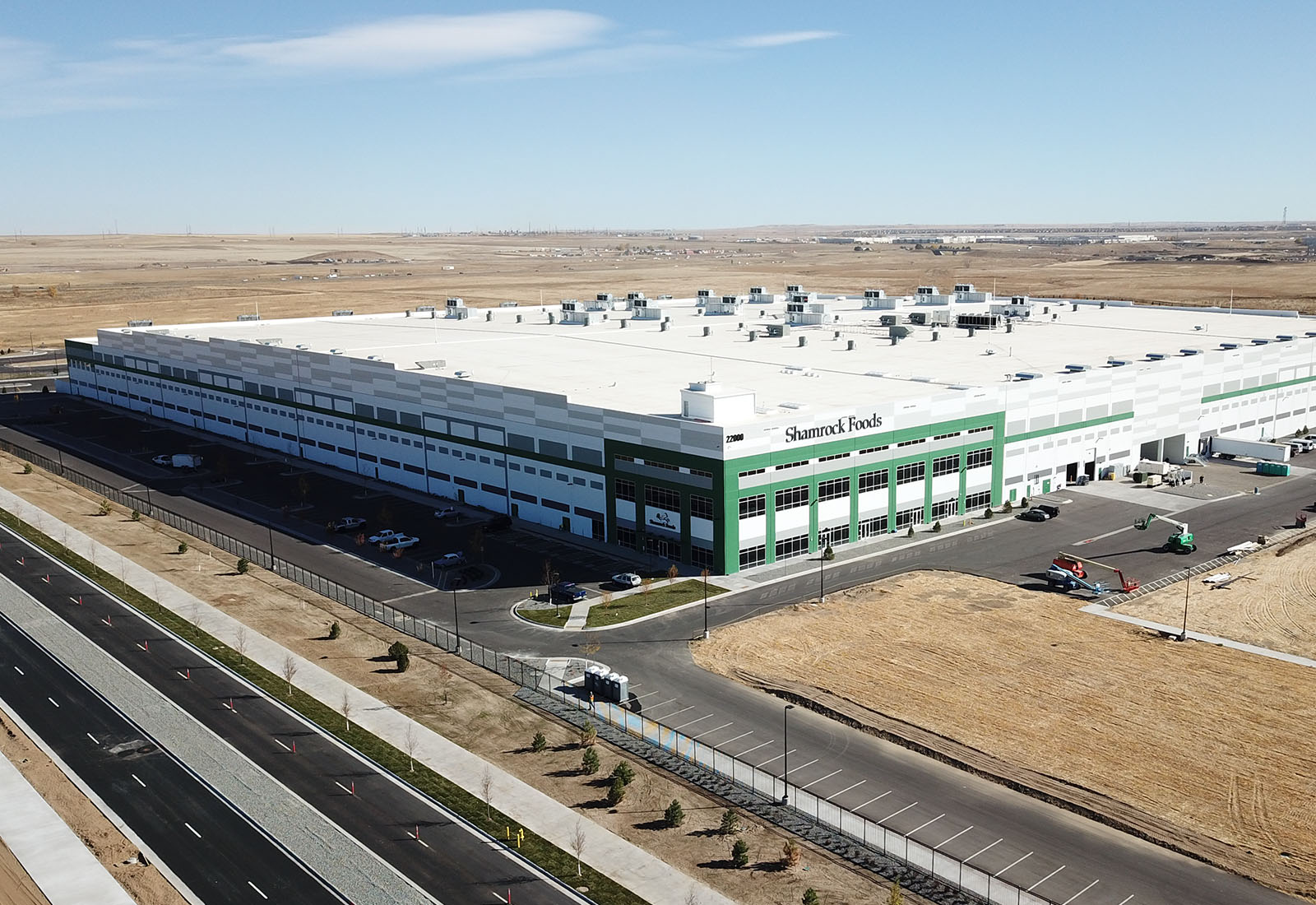