The development consists of a new state of the art three story head office, warehouse and distribution facility which includes a fully equipped fleet maintenance repair garage, a welding & maintenance facility and dedicated flammable liquid storage and paint-mixing rooms. Structural Engineering: The 3-story office building with a combined approximate area of 46,000sq. ft was constructed using a combination of structural steel moment frames and tilt wall panels (supported on reinforced concrete foundations) which provided both the gravity and lateral support systems to the office portion of the building. Open web steel joists and steel beams provided support to the metal deck at roof level. The floor structure at second and third floor was constructed using open web steel joists and steel beams supporting the composite metal deck and concrete floor slabs. The height of the tilt wall panels to the office area were predominately 48ft tall rising up to 53ft at certain locations. A secondary steel frame, fixed back to the main structure was used to support the overhanging glazing, canopies and cladding systems employed to the front and the side of the building. The office component also included a full height atrium to accommodate the feature spiral stairs under the 540sq.ft skylight and a second-floor external patio. The warehouse and distribution facility consists of a floor area totaling approximate 344,450sq. ft. with a clear height of 32ft which was a requirement for the racking which consisted of both automated and manual multi-level picking modules. Tilt wall panels to the exterior and interior of the building provide the lateral support system with the combination of tilt wall panels and structural steel frame on reinforced concrete foundations providing the gravity system supporting the open web steel joists and metal roof deck. Due to the large footprint of the building and the racking layout requirement to the interior of the building the interior tilt wall panels did not run the entire length of the building. The roof finish was changed from a ballasted roof to a TPO roof to reduce the dead load and in turn the seismic load. Large drag struts were required to be designed to transfer the lateral forces from the roof beams into the internal tilt wall panels and between the tilt wall panels. Hold downs between the panel ends and foundation were also required at a number of the internal tilt wall locations. 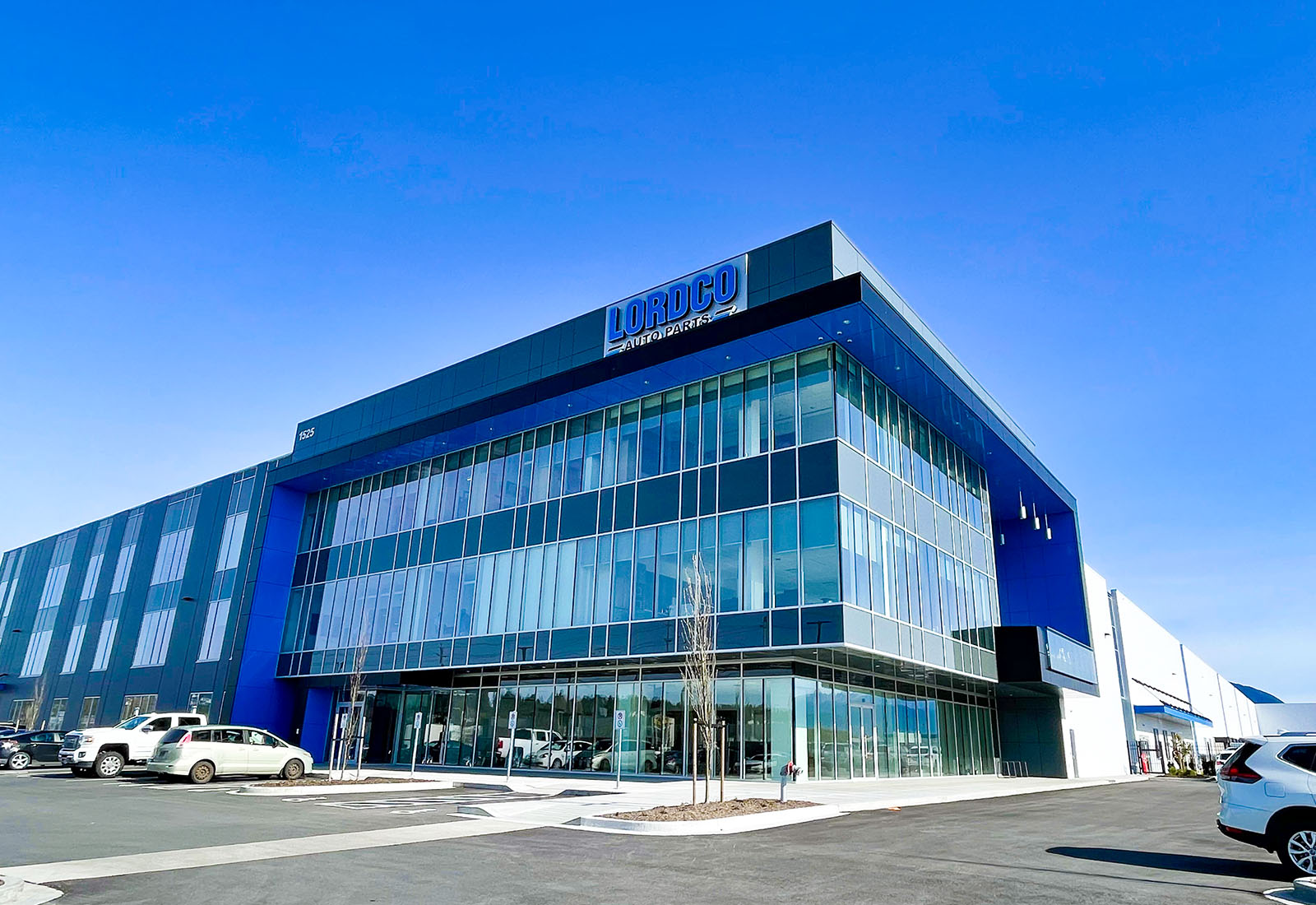