The Crown Centre at Castle Hills project is a striking four story spec office building with an adjacent, three story, pre-cast parking garage. From it's curved panels to it's modern architecture, the building is eye-catching from it advantageous location right off of State Highway 121. The exterior facade of this complete tilt-wall package includes a radius wall section of eight thirty-five foot wide tilt-wall panels for the north elevation. In addition, on the fourth floor, there are two open space balconies for future tenant use. The design intent of the south side of the building was to give the appearance that the installed windows looked like continuous ribbons running from east to west. The east and west sides of the building also include a very detailed and extensive form liner that was designed to replicate the look of a metal building facade. Last, but not least, the north-facing side of the structure features a sleek, curved panel architecture.

Osburn Contractors faced and overcame a few obstacles during the construction of Crown Center at Castle Hills. First, due to the ratio of the available slab on grade, combined with the level of first floor plumbing and electrical stub ups, very few of the panels were able to be cast on the slab. This meant that, overall, the project used approximately 75% casting beds for the largest panels on the site. Secondly, the mitered edges on the radius wall panels had to be measured and held to an extremely tight tolerance in order to maintain a consistent joint sealant thickness for the north face of the building. Lastly, the project began in September of 2019 and during November of that year through February 2020, the DFW area received record amounts of rainfall. This caused limitations on material procurement and placement scheduling for the site paving package. However, even with all the above mentioned obstacles, Osburn's scope was still substantially complete by July of 2020.

To accomplish the ribbon-like design of the windows on the south side of the building, recessed areas were formed during the casting of the tilt wall sections to a Class A finish. This allowed them to receive a texture coat type paint that would mimic the appearance of the adjacent windows. As mentioned in the obstacles overcome during the project, the ratio of available slab on grade plus the level of first floor plumbing and electrical stub ups did not allow for very many of the the panels to be be cast on the slab. The project used casting beds for an estimated 75% of the the largest panels on the site. These panels are an average of twenty-two feet wide by forty-five feet tall with three large window openings in each panel.

Upon completion, Crown Centre may include up to two thousand multifamily units, three million square feet of office space and as many as five hundred hotel rooms. Current plans also include thirty-five buildings, connected by outdoor trails surrounded by open space and lakes. This would have tremendous impact on the community, by providing more homes, bringing more jobs to the area, and increasing income from visitors to the DFW area. 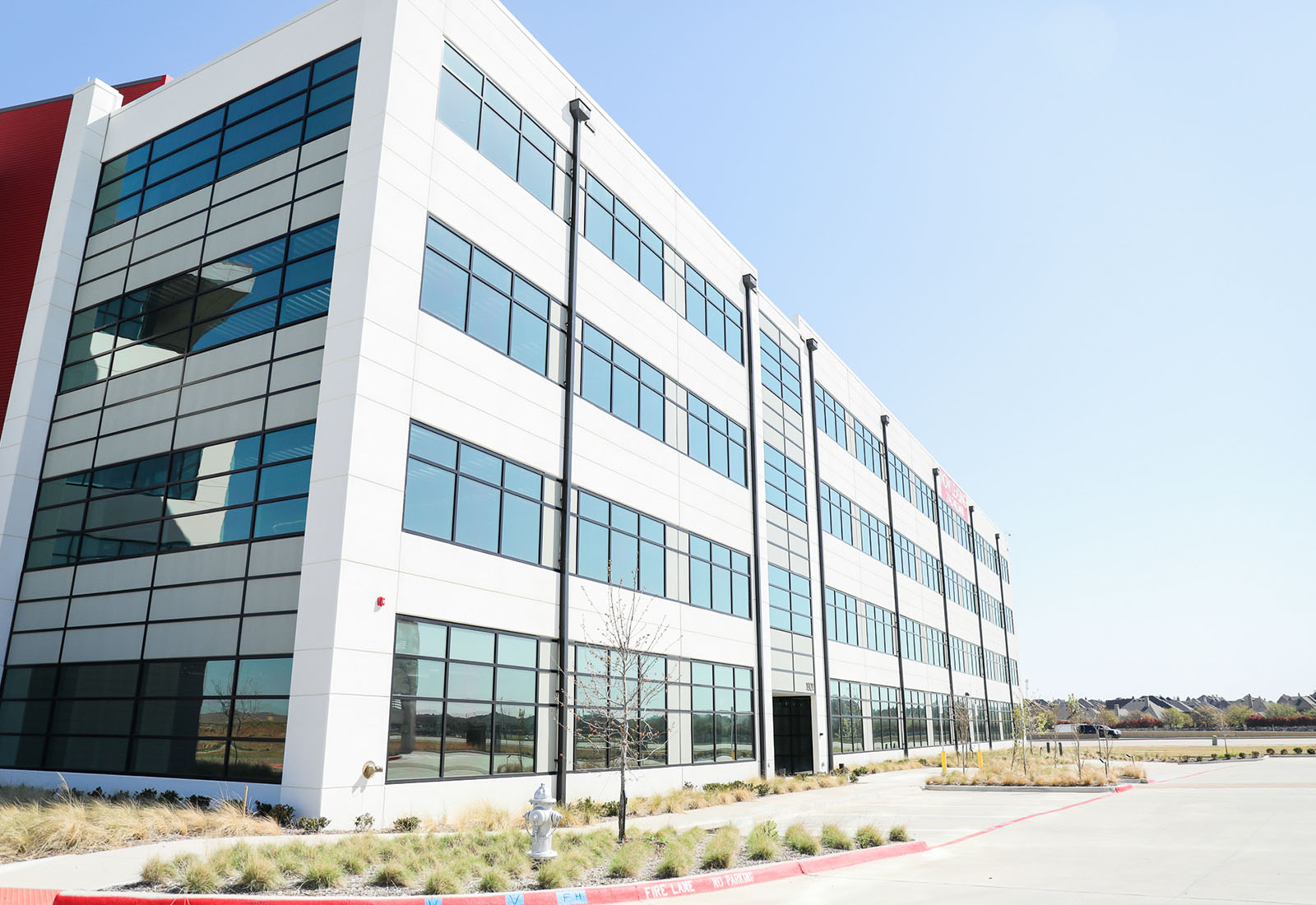