The recently inaugurated Centro de Innovación e Integración de Tecnologías Avanzadas (i.e., "Advanced Technologies Innovation and Integration Center;" acronym in Spanish: CIITA), will be an outpost of Mexico's most esteemed technical university, the Instituto Politécnico Nacional, and promises to be an edgy installation indeed. It serves as a specialty space that enhances and updates the institute's profile as a major Latin American technological forum. It will also serve as a shared statement from Ciudad Juarez's commercial, academic and government sectors in favor of ongoing cooperation whose goal is permanent development in northern Mexico's remarkable, hard-working and innovative borderlands. The compound a includes auditoriums, laboratories and tech-oriented workshops, classrooms, areas designed for concentration, interaction and even downtime amid a striking architectural setting that leverages Lintel's much-in-demand "lintelligence," i.e., its blend of bold statements and human spaces; transparency in everything from spectacular fenestrations as well as business practices; and unceasing creative solutions for practically every budget and timeline Lintel team enjoyed designing and constructing a mural for the compound that constitutes both a landmark architectural statement for the premises as well as a whimsical take on Juarez's history of unceasing industriousness, innovation, and just plain, hard work. Modern, but at once nostalgic, its fascinating symbolic mish-mash is an homage to Mexico's extraordinary mural traditions in everything from creators as celebrated as Diego Rivera, Siqueiros and Juan O'Gorman, to current-day street muralists who take fantastic graffiti-art. One unique aspect of the CIITA mural is its references to the evolution manufacturing and importation industries undertook in Ciudad Juárez starting in the early 1960s. The city's first manufacturing efforts were labor-intensive, rarely involved technology yet slowly and surely evolved to assembly lines and jumped from textiles and clothing to specialized medical gear, electronics assemblies, auto-parts manufacture and provision, including infinite products essential to important industries such as transportation, healthcare and high tech. A depicted three-winged airplane propeller recognizes cooperation between business, the academy and the state, now eager to create new models for the knowledge economy. We hope it complements the innovation and integration center's mission of economic and technical development by means of training, attracting, and holding on to the borderlands' most creative, most talented women and men.

A partnership between "the Politécnico" and the Chihuahua State Ministry of Innovation and Economic Development called on Lintel to work quickly and subject to tight public-sector budgets, but naturally insisted on a landmark, pioneering facility—appealing to students, faculty and visitors, designed to be a source of local pride—as well as a focused and valuable investment in the region's further economic growth and global importance. Always seeking to "give back," and with a reputation for taking on challenges with which competitors may not wish to bother, we were thrilled by the idea of participating. Even after 40 years in the business, we still do what we've always loved, what we've always believed in, and what brought us our first successes. Challenging, even difficult jobs help us advocate for all of tilt-up's great advantages. Clients become believers when they see the efficiencies and style of what we call "Lintelligence." Never before in its 85-year history had the university considered tilt-up architecture; this was also Lintel's first project for an academic installation. But the technique was a natural for clients in a hurry; our tasks were on a tight, eight-week schedule that started from scratch and included design, construction and operations as well as meeting aesthetic imperatives; erecting a low-maintenance but highly durable structure and keeping construction costs low

We sought to create a sense of extraordinary "enlightenment," that includes lightness as an positive sensation as well as illumination as a zenith of the human intellect. This despite the imposing volume, solidity and strong lines the institutional context implies. At first glance, the three large cubes that constitute the "façade" form a trio of impressive but varying monoliths that communicate the importance of what takes place inside their walls. They project a sense of stability and allude to monastic sanctuaries whose experimentation and free-thinking combined with order and discipline to preserve and advance humanity through the so-called "Dark Age." That said, the assuring solemnity is enlivened by a stunning, welcoming, two-story picture window, composed of oversized panes and practically invisible mullions. Chic in its minimalism, it is also an utterly transparent space that frames human tableaux that always take place in academic settings, looking unimpeded into the center's lobby and lively gathering space immediately above on the second level. It is an open glimpse of the energy and creativity to which the institution will be dedicated and invites the community to take interest in its extraordinary goings-on. Chihuahua's distinct desert flora—tough, yet beautiful, resilient, extravagant and bold in its gestures—will also complement and soften, as well as "green up" the tilt-up cubes' mass and geometric perfection that has been finished in rich, creamy shades of complementary tan, gray and brown. Designers and clients alike praised the balance in the all-but-floating aspect the façade and first impressions evince

Located in Ciudad Juárez, Chihuahua, Mexico, on the literal edge of the nation's northern border and physically as well culturally connected to the United States. Both sides are interested in global commerce and industry and determined to succeed. In recent years, some of the most innovative and forward thinking in all Latin America has been bubbling up along the border increasing numbers of companies that recognize vast opportunities. In addition to preparing a new generation of engineers, inventors and future-focused intellectuals it will be a beacon for businesses and entrepreneurs, start-ups and geniuses who understand the advantages it offers as one of the most dynamic opportunity zones on the planet. Juárez has faced every climate-related, historical or contemporary challenge by an insistence on moving forward, sticking to its business, eager to spot the next big thing. The way we support these phenomena is also a reflection of Lintel's sincere love for Chihuahua's, odd, marvelous desert nature, sunlight and flora. The sum of these positive attitudes are greatly enhanced, refined and empowered in the new, inspiring CIITA center, a 100% tilt-up construction Lintel is proud of having created. 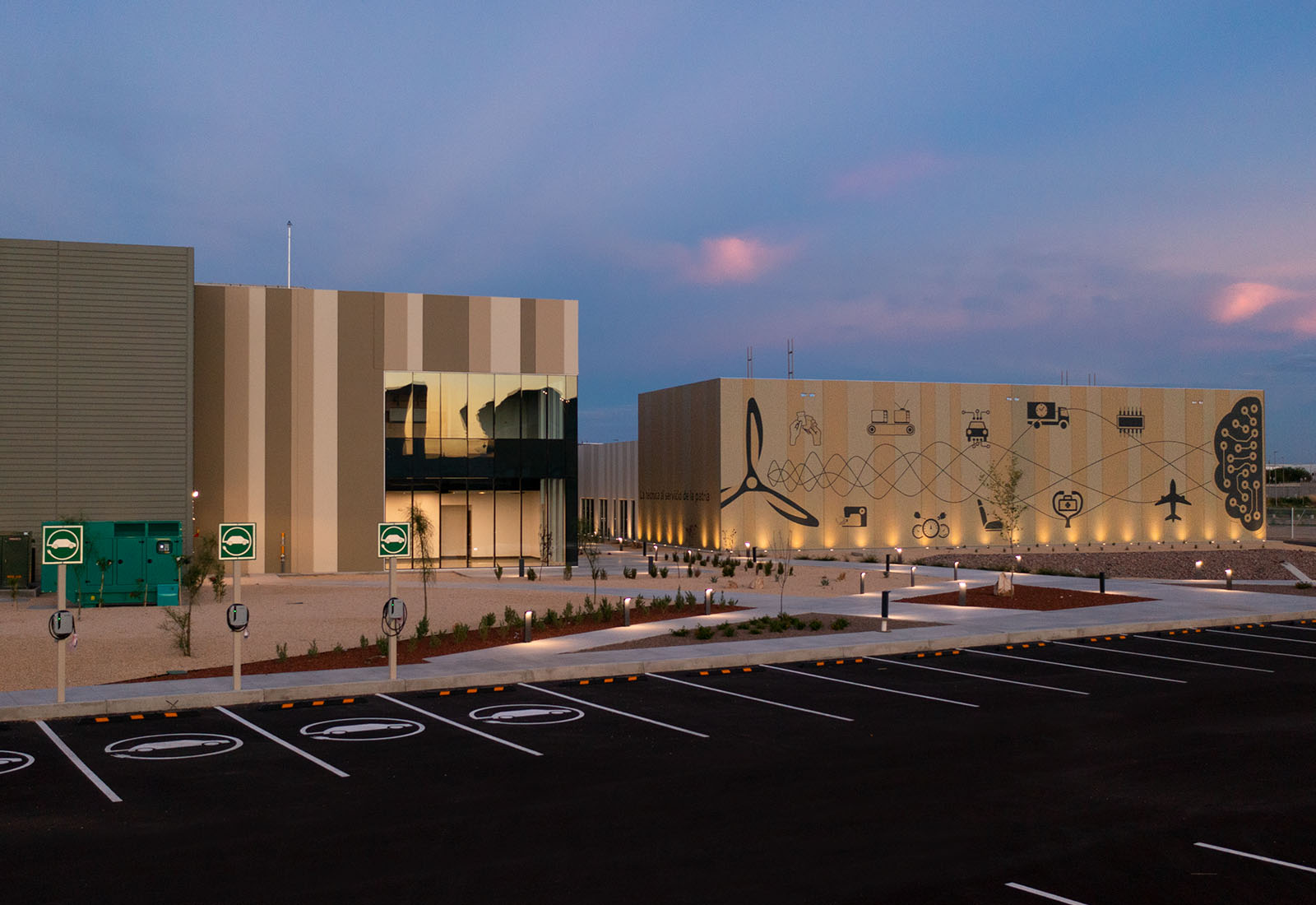