One of the largest and most respected real estate firms worldwide, Hines is a privately owned global real estate investment firm. Hines recruited Big-D to build 201 Mountain View Park—a 727,933 square-foot, 48.8-acre industrial park centrally located in Salt Lake County's Northwest Quadrant. The Northwest Quadrant is a premier regional distribution, e-commerce, transportation, tech, and aerospace manufacturing hub. Hines wanted to build a thoughtfully constructed facility that would accommodate industrial and freight needs, while being conveniently located in one of the biggest industrial and transport thoroughfares in the West. To fully accommodate the needs of modern logistics service providers, the $18.9-million industrial park includes four expansive distribution warehouses, all built with tilt-up construction and a 28- to 36-foot clear height range. Three of the buildings were built with rear-load capabilities, while the other was built as a distribution cross-dock. The Park also accommodates onsite trailer parking.

Due to a long winter, site conditions were extremely vulnerable. Therefore, Big-D utilized the road for the staging of structural steel, joist, and metal decking for two of the four buildings. On Wednesday March 18, 2020 there was a 5.7 magnitude earthquake in Salt Lake City. The earthquake's epicenter was approximately two miles from the jobsite. Unfortunately, three of the project's four buildings sustained significant damage during the earthquake, resulting in suspended construction, including sitework, for nearly two weeks as the buildings were cordoned off for safety reasons. However, Big-D immediately went to work on assessing the damage and developing remediation plans to get back on track. One of the four buildings was lucky to sustain only minor damage during the earthquake. Big-D's teams were able to accomplish remediation and continue construction after only two weeks. Buildings 1, 2, and 3 had more extensive damage due to the earthquake than Building 4. The damage on Building 3 included a total loss of five concrete tilt panels that fell during the earthquake, along with compromised bracing on several other panels. Following remediation efforts, construction on Building 3 resumed after three weeks. Several tilt panels were lost and many others compromised by the seismic activity on Buildings 1 and 2. Remediation efforts began nearly a month later to re-brace tilt wall panels and remove any tilt panels damaged beyond repair. Then, undamaged panels were lifted and adjusted back to their correct locations.

The $18.9-million industrial park includes four separate distribution warehouses built with tilt-up construction—three rear-load buildings and one distribution cross-dock, all with a 28- to 36-foot clear height range. Building 1 encompasses 99,216 square feet divisible to 19,264 square feet and contains 26 dock-high doors, four ground-level doors, and a 52-by-60-foot staging area. Buildings 2 and 3 each encompass 126,846 square feet divisible to 11,447 square feet, and include 26 dock-high doors, six ground- level doors and a 56-by-60-foot staging area, respectively. Buildings 1, 2 and 3 were built with rear-loading configuration, while Building 4 is the lone cross dock building among the group. Built as a secure site, Building 4 was equipped with utilities that run for guard shacks, 78 dock-high doors, six ground-level doors, 52-by-60-foot staging column spacing, and 375,025 square feet that are divisible to 70,582 square feet. The bump-outs at the entries are panels constructed with monolithic curb walls or returns along each side . This facilitated the wall bracing and was also faster to erect. Also during construction, when the buildings were half constructed, a 5.7 magnitude earthquake occurred. All of the panels had to be evaluated. Panels that were already connected to the roof remained standing. Other panels, not yet braced by the roof fell and had to be replaced. Drones were used to evaluate conditions that were thought to be unsafe. All damage was properly repaired.

Implementing Big-D's Storm Water Pollution Prevention Plan was the first construction activity performed on-site. This Plan ensured construction activities did not pollute the storm water system surrounding the site itself. We established limits of construction using site fencing where necessary to lay out a clear, safe pathway to success. All site deliveries came off 2100 South onto 6750 West, then turned left and proceeded directly to the site. Exit routes followed the same path to limit additional disruption of the construction area. The Ritter Canal runs along the south side of the project site. In order to leave the Ritter Canal undisturbed during construction, Big-D implemented a construction perimeter using a Best Management Practice (BMP) SWPPP program in place to maintain, enhance and preserve the quality of the canal. Big-D has developed our own SWPPP Procedure Manual including resources, specifications and forms to provide our leaders and tradesmen with the proper tools for the required implementation, maintenance, and record keeping. We also educated our subcontractors about protecting our waters and the lasting impact of polluting the storm and ground water. This project consists of 4 buildings. All of the buildings were under different stages of construction at the time of the 5.7 magnitude earthquake. This may be the first time that temporary panel bracing has been evaluated for seismic forces. The observations and findings were presented in an article for Structure Magazine. The observations will help contractors to better understand how panels react during a seismic event. 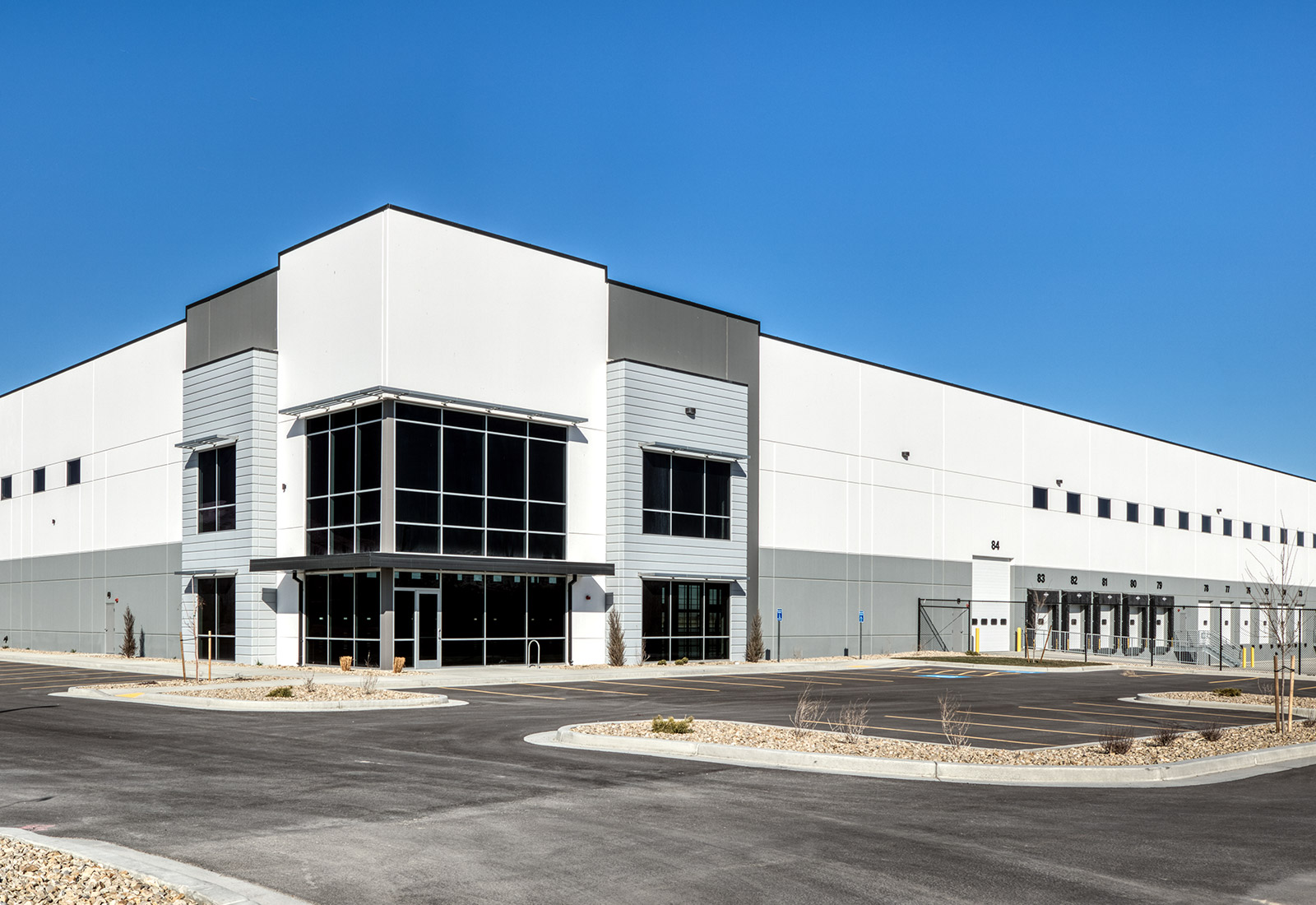