HCSS Building 3 is a two-story, 58,432-square-foot office building located on the existing HCSS campus. The new building is situated near Buildings 1 and 2, which were also design/build projects built by Rosenberger Construction. Approximately 40,000 square feet of interior space was built out to include new offices; meeting and conference rooms; a large breakroom with a kitchen; and a workout room -- plus a racquetball court that was added late in the design process. The project’s exterior space includes, a three-story, 300-car pre-cast parking garage, complete with covered parking on the roof. Additionally, because HCSS employees enjoy opportunities to work outside, two seating areas -- heavily planted with trees -- were installed in the courtyard space surrounding the new building. The addition of new walking paths helped ensure that the space was tied to the rest of the campus. The project got underway quickly and was completed on an accelerated timeline to ensure that occupants could move in as soon as possible. In addition to meeting a tight timeline, Rosenberger faced other challenges while completing the project: Because the Building 3 site was located so close to existing buildings, access was restricted, and teams had to coordinate the project’s schedule carefully. Despite these challenges, the project was completed in 301 weeks/days. 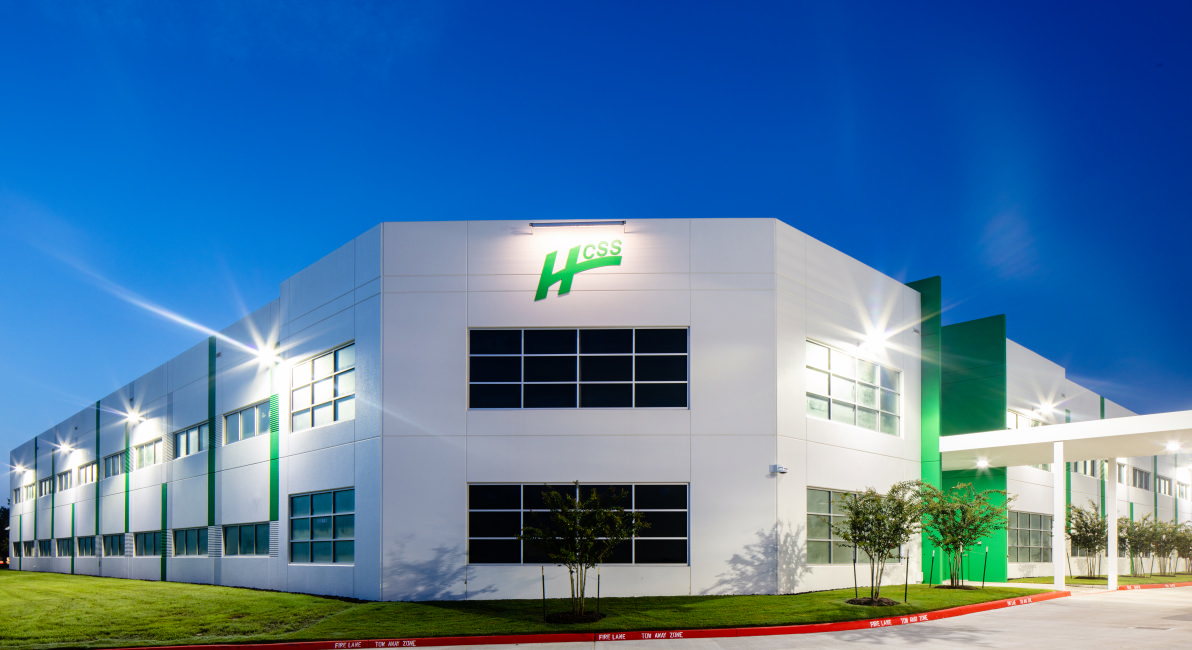