This 20,400 square-foot, two-story office building is the new MW Builders’ headquarters in Pflugerville, Texas. the internal flow of space is a series of open and flexible spaces that promotes collaboration and weaves through a simple yet intricate assembly of tilt-up concrete construction. The main entry vestibule celebrates the core construction of the building with exposed tilt wall faces. The exterior respects the regional architecture with limestone masonry walls that transition to the more modern materiality of formed metal panels, while still keeping true to its construction with painted tilt wall faces that keep the natural textures of concrete. The building is constructed of load-bearing tilt-up concrete with a structural slab at the first level, a conventional composite steel floor structure at the second level and steel bar joist roof structure. The use of tilt up construction allowed for efficient and flexible space planning with a substantially reduced quantity of columns compared to conventional structural steel framing. The floor space usage for both the first floor and second floor varied greatly, which created challenges in continuing column supports through both floors while supporting all the miscellaneous building features. Building lateral stability was also a design challenge to accommodate the different roof heights, two-story stair features, pop-up roof feature, exterior canopy supports, and several exterior wall openings. The tilt-up wall panel system and its flexibility in being able to manipulate the shape of the tilt-up wall panels, allowed this to be an efficient structural solution to support these structural challenges. In addition, a variety of veneers, finishes and reveal patterns were applied over load-bearing tilt-up walls to provide the desired architectural aesthetics. The tilt wall panels not only served as the main structural component to the building but were also incorporated into the interior design in strategic locations. Raw panel faces were treated with a smooth finish and painted to match the color scheme in the main entry and other locations throughout the building while still allowing the natural character of the concrete to be showcased. In the main conference room, we utilized plywood and form ties in the casting of one tilt-wall panel to mimic the texture and appearance of a traditional cast-in-place structural wall. 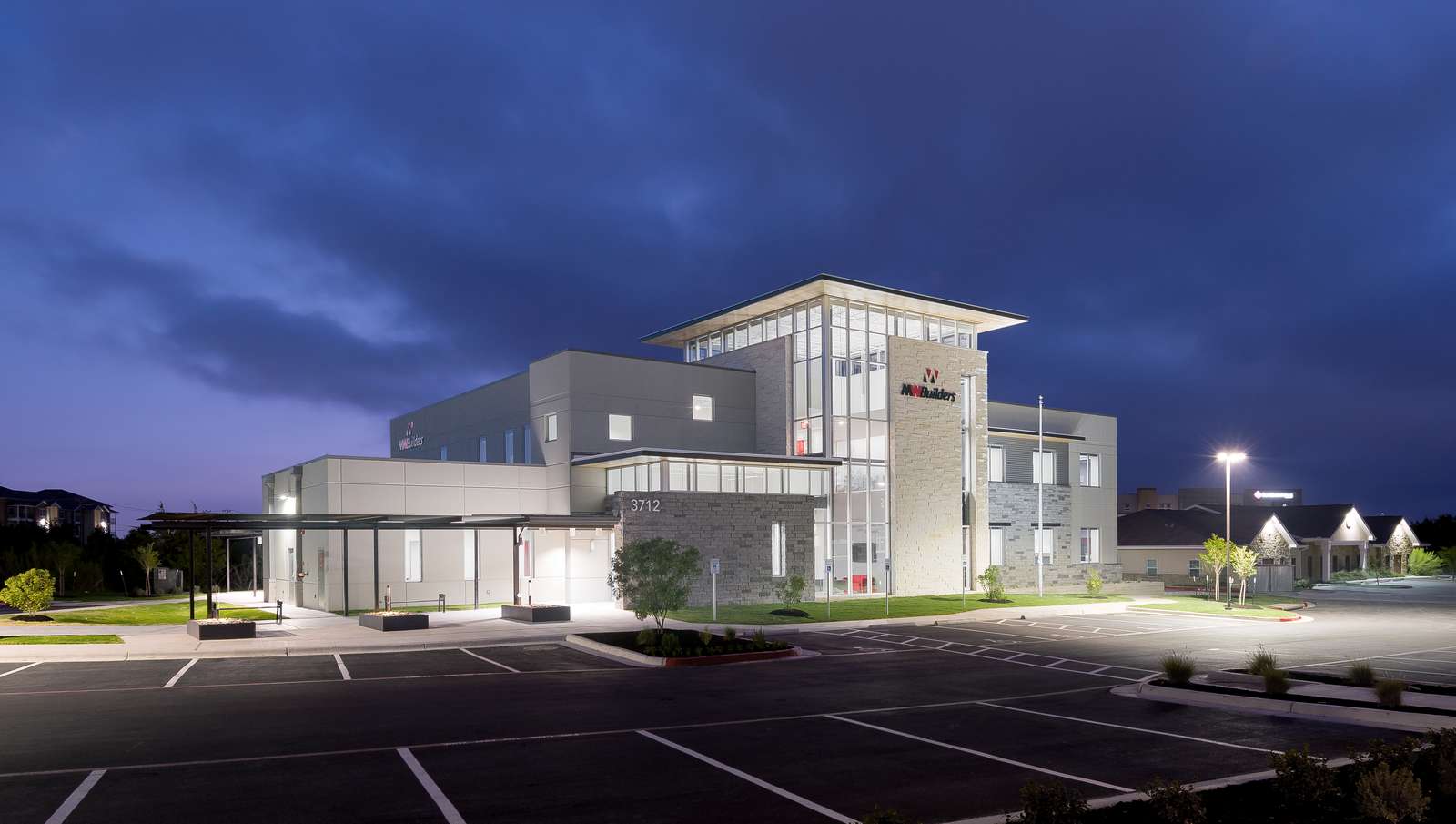