Located in Tomball’s new Business and Technology Park, a Canadian oil and gas service company decided to plant roots in Texas by building a new, state of the art, 62,000 s.f. research and development facility. Transitioning from leased properties into a space of their own, the R&D facility was set to become the landmark building in the new business park. With an aggressive schedule, the desire for durability and aesthetics, tilt-up construction was utilized for this project. The design incorporated tilt-up offsets along the front façade to add definition to the typical box look. To further the aesthetics, stone veneer, cast stone and curtain wall were incorporated at the entrance and office areas. The shop area for this new R&D facility includes a 1,350 s.f. test bunker utilizing tilt-up construction. The bunker design included 7-1/4” thick and 15’-0” tall tiltwall panels to effectively create a tilt-up structure within a tilt-up building. Tilt-up construction for the bunker was selected in lieu of other systems not only for its blast resistance, but also speed of construction and cost benefits. 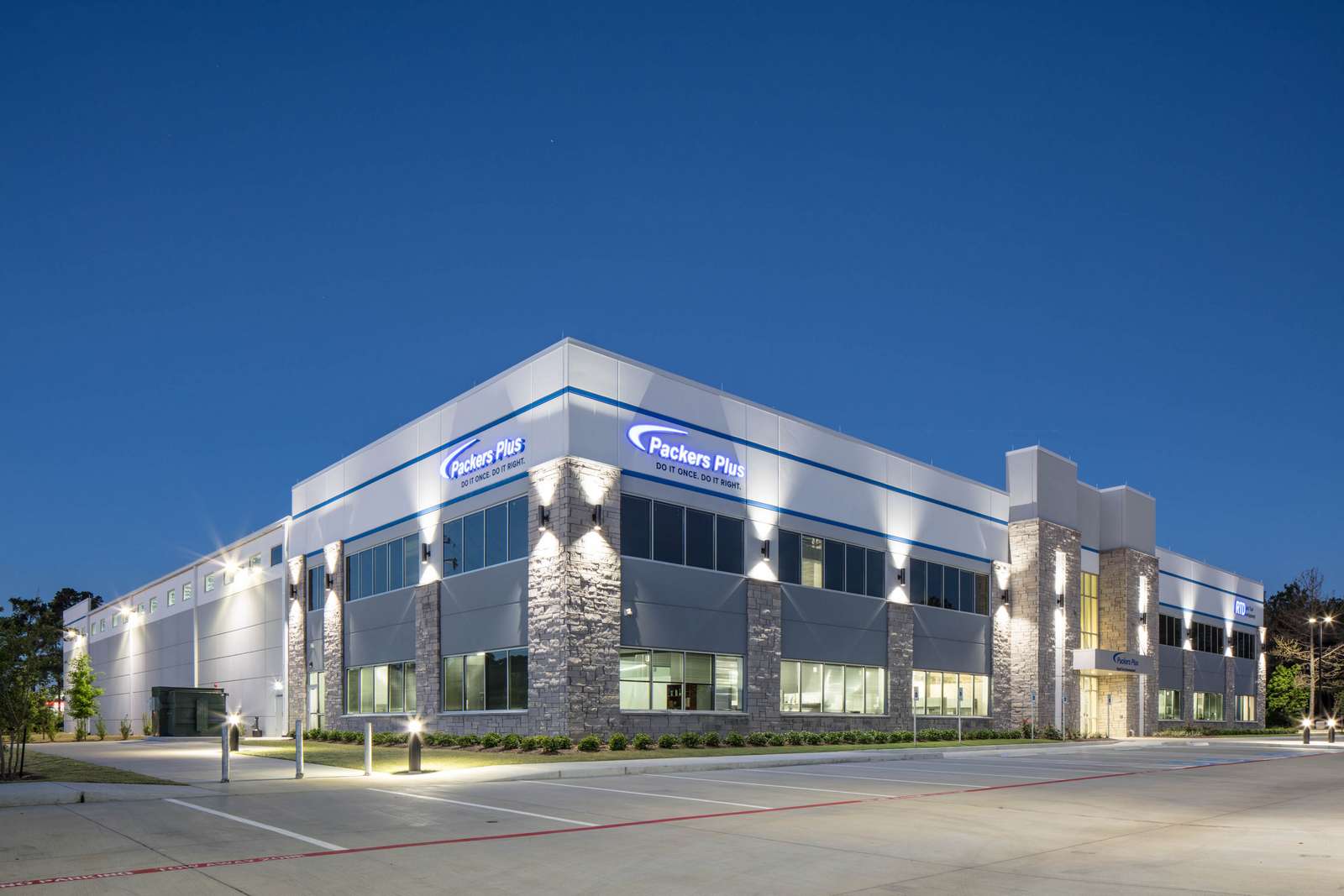 This project was a 2019 TCA Tilt-Up Achievement Award winner.