The demand for the growth of the industry in Mexico generated the need for buildings focused on this branch. This is the main cause that leads us to the construction of the Multitenant Building No1, an industrial rental building, aimed at any user, the aesthetics are combined with functionality for the development of their activities.This project it has the highest international quality standards according to the American Concrete Institute, which is reflected in the technological advances of materials. Located near the small town of Apaseo del Alto in the state of Guanajuato, Mexico, at the Colinas de Apaseo Industrial Park starts off with its first Multitenant building with approximately 118,000 sq. ft. in its first phase composed with a general production/warehouse area with option to place office and production areas according to the user requirements. To enrich the building’s facade, three dimensional “wavy” columns where conceived to accentuate the various entrances to each of the tenant’s section. Resorting to one of the nation’s iconic pre-Columbian architectural gems, the pyramid of Kukulcan in the ancient mayan city of Chichen Itza (who’s stairway casts a sinuous shadow that evokes the serpent God that marks the spring equinox), the columns interact with the sun to create shadows that change depending on the time of the day and produce different effects throughout the year. Two types of columns where intentionally designed to alternate and offset the casted shadow from the previous column, further enhancing the shadow effect. All are joined above with a concrete “cap” to create a framing gateway effect that accentuates each of the main entrances. making these columns was a challenge, due to the sculpture-like nature of these components, special formwork had to be designed and incorporated to the standard tilt-up panels used on this project. As the main architectural features, these columns are complemented with a wood texture made with concrete form liners that serve as a background. Subdued earth tone colors are used throughout the rest of the building. On the outside, service areas, parking, green areas, platform area and loading dock area complement the project. The building was design maintaining always the natural environment in which it was conceived, without generating visual contrasts with excessive heights. The main objective of the construction company's engineering is the structural safety of the building as a main priority, based on the efficient use of steel and concrete. It translates into resistant structures that comply with the applicable standards. The harmony between the horizon and the linearity of the construction generates a communication between the exterior space and the majesty of this work, without visually affecting the natural landscapes.

The design of the building from its conception to the construction with tilt-up walls gives the clients a great feeling of resistance and investment among the future years. The horizontality of natural landscapes is intentionally combined with the building, which generates an integration of this and the environment. The inclusion of people with different capacities is considered, by including ramps in the accesses to the plant and special ADA drawers near them. Although the building is for rent and is oriented for different users, our company always takes great care in the orientation of its buildings, in order to create optimal indoor climates for the development of the activities of the end user. Among the factors that were taken into account this: the solar incidence, advantage of natural lighting in the interior due to the polycarbonate skylights, although it is also necessary to use artificial lighting, the prevailing winds are a subject that concerns us from the design. The natural areas projected in the complex were always respecting the existing vegetation in the environment, which being a warm climate combined perfectly with the cactus that were placed and the dry gardens created with nice designs. The generation of jobs and social development will benefit from the arrival of this industrial plant as well as the economy of the surrounding communities, new income will also be generated and infrastructure will be provided at the site. 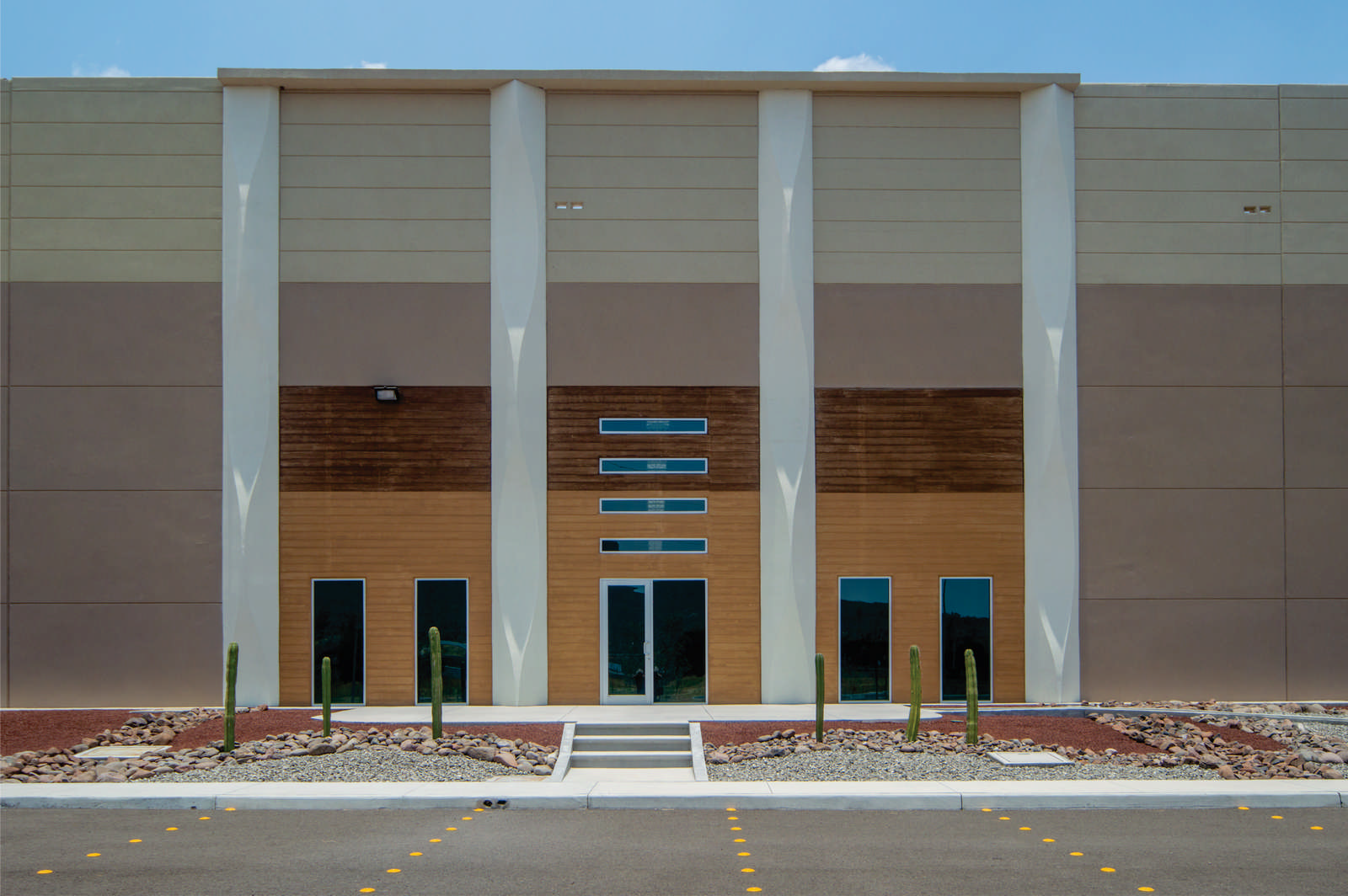