The TTI Distribution Center is a 613,240 SF corporate headquarters and distribution facility located in north Fort Worth. The facility consolidates TTI operations from four separate leased buildings into one location. "We chose to consolidate our distribution and value-added operations under one roof," said Bill Speer, National Director of Facilities Planning and Real Estate for TTI. "We wanted a high quality building in which we could gain efficiencies by not having duplicate processes, such as shipping and receiving."

The new warehouse showcases an advanced distribution setup. A three-story interior structure with carousels stores the highest volume products, and 30-foot high racking fills much of the remaining space. Nearly two miles of conveyors move products from shelving to picking stations to the shipping department. "The TTI facility is a remarkable example of advanced distribution automation in action," said Larry Knox, Executive Vice President of Bob Moore Construction. "Coordinating the installation of the conveyor systems, some of which were stacked two and three levels high, with engineering of the building's utility infrastructure was a tremendous challenge. Creating a facility that houses such a complex technological operation is something we're very proud to have been a part of."

The TTI Distribution Center presented us with a variety of challenges during its construction.

The primary source of these challenges was the site itself. The site had a significant drop in elevation from north to south. Additionally, we encountered a significant amount of limestone on the site during excavation.

During the sitework phase we removed several thousand tons of rock from the jobsite itself, disposing of some of it and building large rock berms in the southwest corner of the property with the rest.

The difficulties presented by the jobsite were exacerbated by the owner's decision to increase the building size and add a garage and welcome center after the project had begun. This required us to increase the scope of our sitework efforts and implement fast redesigns and pricing changes on the fly to maintain the owner's aggressive schedule. 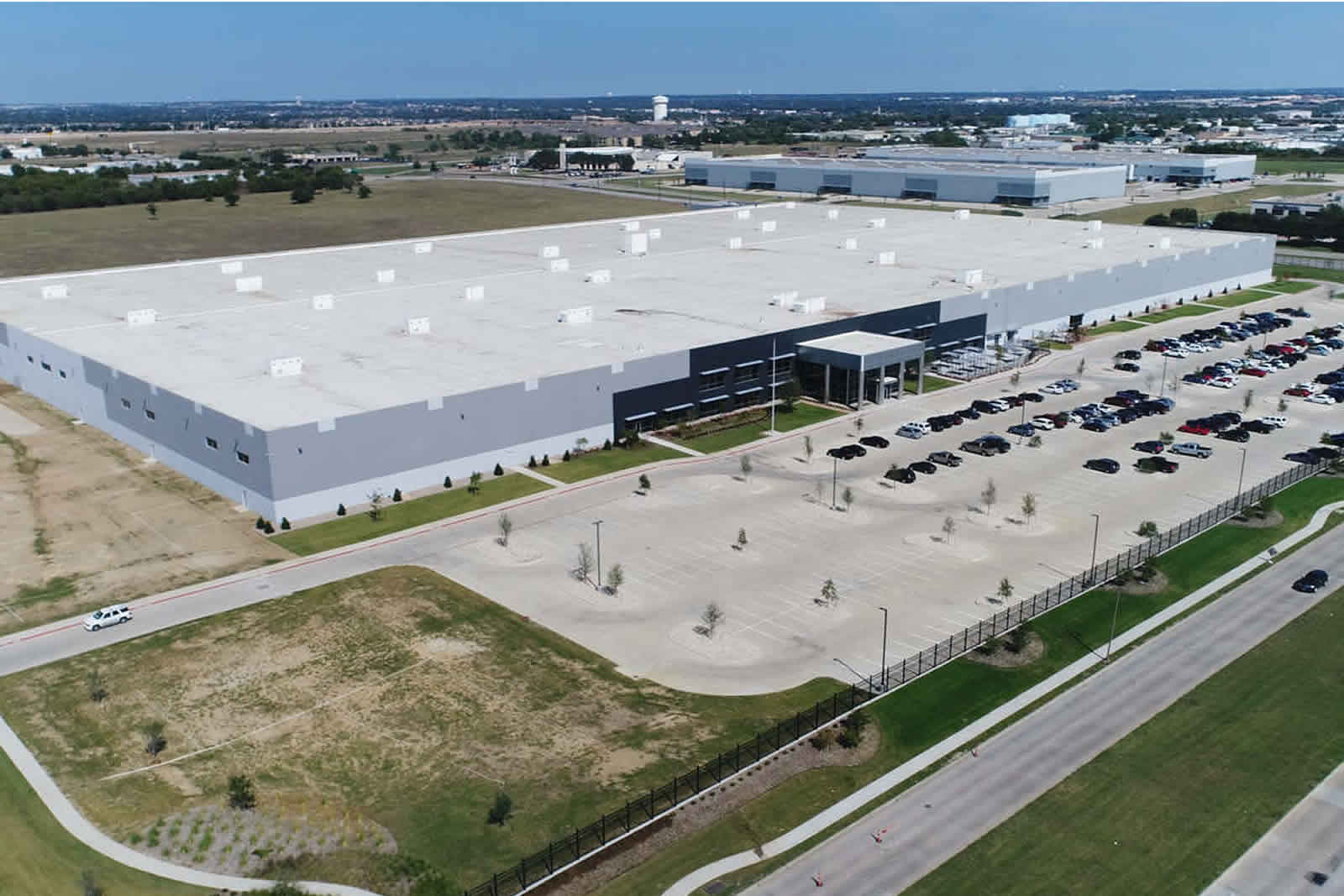