Summerlin Village 15a Office Building is located at the north-west corner of Flamingo Road and Hualapai Way in the master planned community of Summerlin in Las Vegas Nevada (Clark County APN#164-13-810-003). The project will be developed on 11.88 acres (517,484 sf) and consist of two, three story buildings containing approximately 90,675 sf each for a total of 181,350 rentable square feet. The core and shell building will be designed to achieve a minimum of silver LEED certification from USGBC (United States Green Building Council) under LEED BD&C (CS) 2009. The project will be designed in accordance of local codes and ordinances having jurisdiction as outlined below:

What was the most challenging aspect of planning for and pouring the panels? Due to smaller building foot print 50% of panels needed to be cast on waste slab casting beds. Also, with the courtyard entrance between both buildings being so close together, crane access in this area of the buildings created the to reset the crane several times for erection.

What was the hardest part about the actual tilt-up erection? Due to the height of the panels it required super 52 braces (52 foot in length braces) which were extremely heavy and required two men per brace. Also, rigging changes due to pick inserts changing from eight to sixteen slowed the panel erection times.

What were the unique design elements related to the tilt-up? The tilt panels had EIFS popouts at the second and third levels, stone veneer from finish floor to bottom of second level as well full height glass pop out curtain wall entrances with cantilevered decks at courtyard between the two buildings. 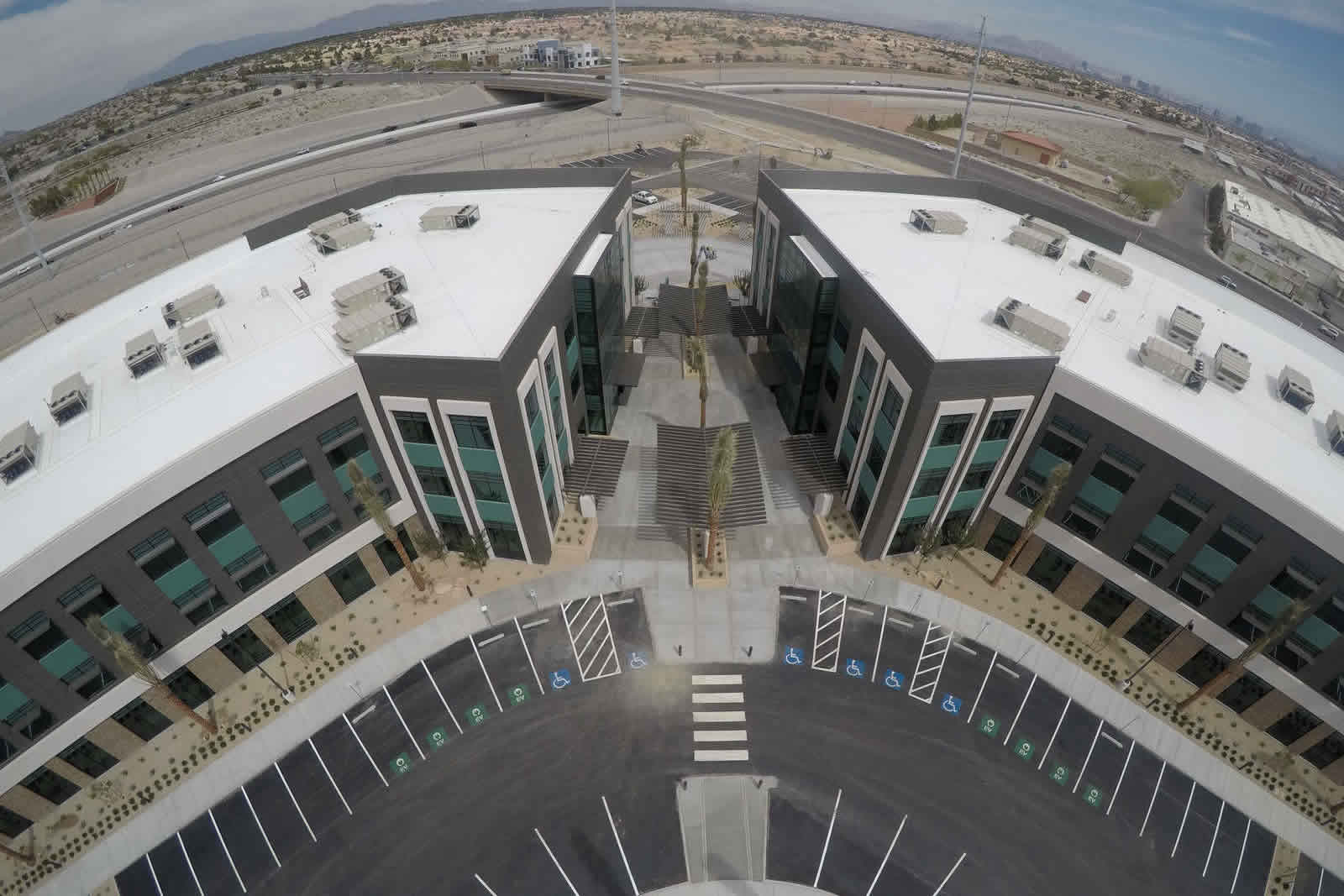