Leon's Furniture Limited ("Leon's") and Beedie as a joint venture/build-to-suit lease opened a state-of-the-art 432,346 square foot (with a 100,000 square feet for future expansion to the east) distribution centre across 23.49 acres in Delta Link Business Park, a new master-planned industrial park located in the Tilbury area of Delta, BC.

Leon's is Delta Link Business Park's ("Delta Link") first and largest occupant and is a joint venture between Leon's and Beedie. At full capacity, this new facility can hold approximately $40 million in retail inventory and features state-of-the-art equipment, systems and processes to maximize productivity. This brand new facility in one of Metro Vancouver's largest private industrial projects will be the primary conduit for Leon's brick and mortar banners such as The Brick and online businesses for BC.

The Leon's facility is one of Beedie's largest transaction deals to date and is currently one of the largest freestanding buildings within Beedie's portfolio being 432,346 square feet.

To date, Leon's has been the tallest building built by Beedie, with a clear height of 40' to maximize racking count. The super flat floor requirement for Leon's racking area was poured in twelve separate pour sequences and a total of thirty-seven (37) strips. These floors were specified by Leon's to maximize their racking aisle count. Racking is in approximately 65% of the building with racking on the mezzanine for lighter storage.

The new Leon's distribution facility would not have succeeded without the collaborative efforts between Beedie and many key stakeholders including the City of Delta for the permitting process, BC Hydro to power Leon's high tech facility and Telus for their communication services. Leon's and Beedie worked together to ensure the smooth consolidation of Leon's two distribution centres: a 400,000 square foot facility located at 3100 Production Way in Burnaby and a 80,000 square foot facility along Vantage Way in Delta.

Beedie was also able to give Leon's access to their facility one month ahead of their fixturing schedule to begin racking in May. This smooth transition enabled Leon's to move into their new facility prior to their existing lease expiration.

Leon's also specified to have a 100,000 square foot future expansion to the east of the new building.

Beedie's Construction team worked through unfavourable weather conditions in winter 2016. Leon's occupancy was achieved ahead of schedule and under budget despite Metro Vancouver's unusual winter.

Leon's warehouse construction occurred concurrently to the balance of the subdivision works and as such, was a race against time to ensure that the property was adequately serviced in time for onsite construction completion.

In order to operate their state-of-the-art machinery, more power was required by Leon's to maximize productivity and efficiency. This required significant upgrades to an existing BC Hydro substation offsite. 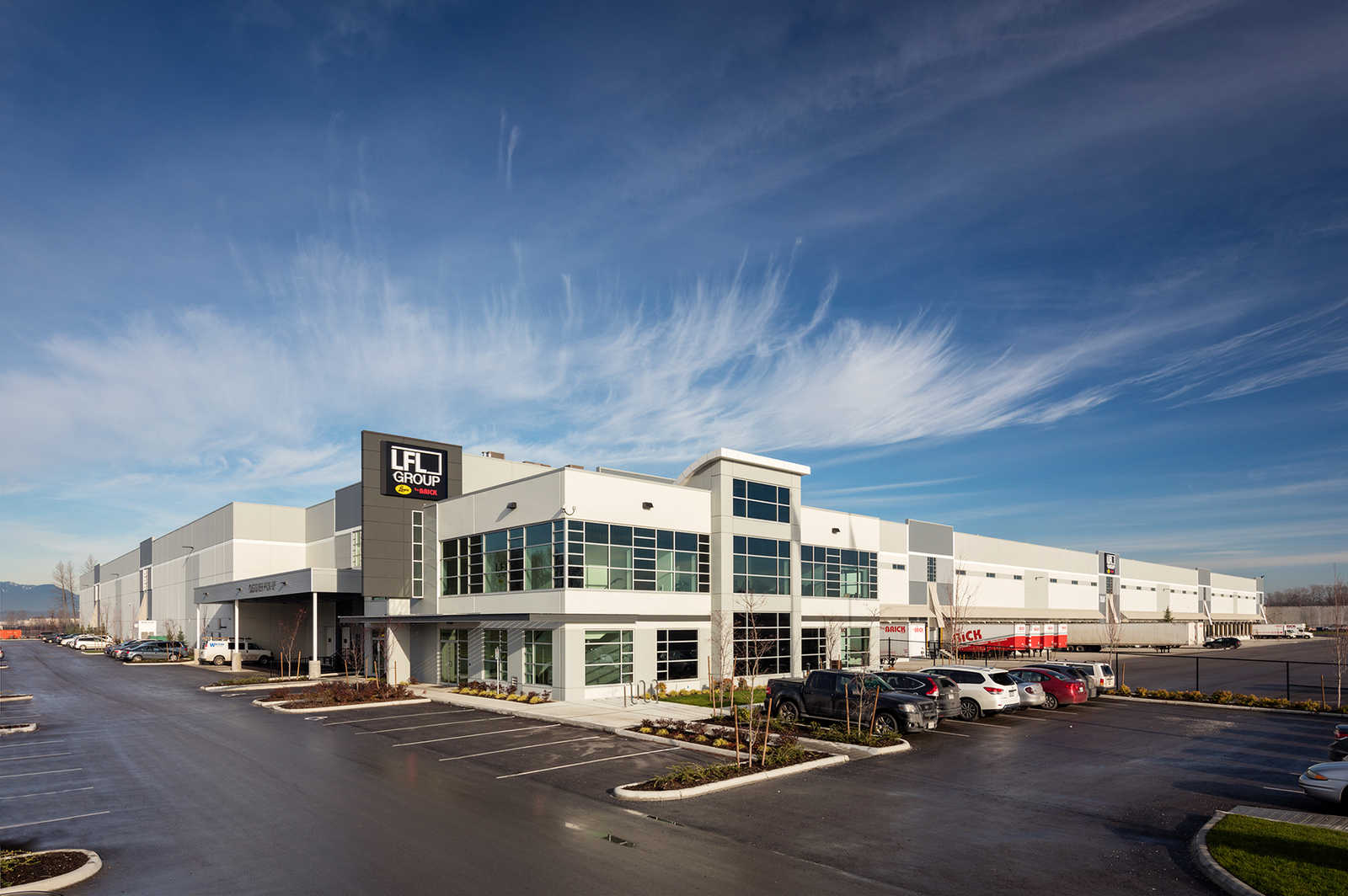