This project was an addition to an existing manufacturing plant, which could not be affected by the construction and tie in process, to increase manufacturing potential. There were floor drains throughout the manufacturing area combined with interior panels which made casting panels in the area challenging. Also, the existing roads around the plant could not be closed down for any laydown area. There were interior tilt up shear walls that needed to be in place in order for the roofing and steel to tie into the existing plant without affecting operations. The existing precast walls and water tanks had to stay in place so manufacturing was not impacted until the roof and new water tanks had been tied into both the existing and new systems. A lot of coordination was needed for the sequencing of panels, new pavement, new water tanks, and slabs while leaving access for cranes to disassemble the old precast and water tanks for final functionality. The team was able to complete areas ahead of the original schedule, and portions were able to be turned over to interior buildout approximately three weeks early while slab tie-in was still taking place.

This project had a fast-paced schedule at an existing facility where production could not be affected by the construction process. Over 90% of the panels were on casting beds, there was no floor available due to timing and floor drains for manufacturing. Even the bracing changed to hurricane bracing midway through the project because of the project's location. In turn, bracing increased to four braces per panel. There were multiple picks with the crane, the slab had to be left out for interior tilt up shear walls.

This project consisted of many interior panels, and two other panels were on top of each other. There was a line of insulated panels that we had to drive a crane through the middle of; this was logistically complex. There was special coordination with the erection team for where the braces would go and where the crane would crawl through. Helical anchors were used, there was no slab inside. We also had married up two precast endos with exposed aggregate. 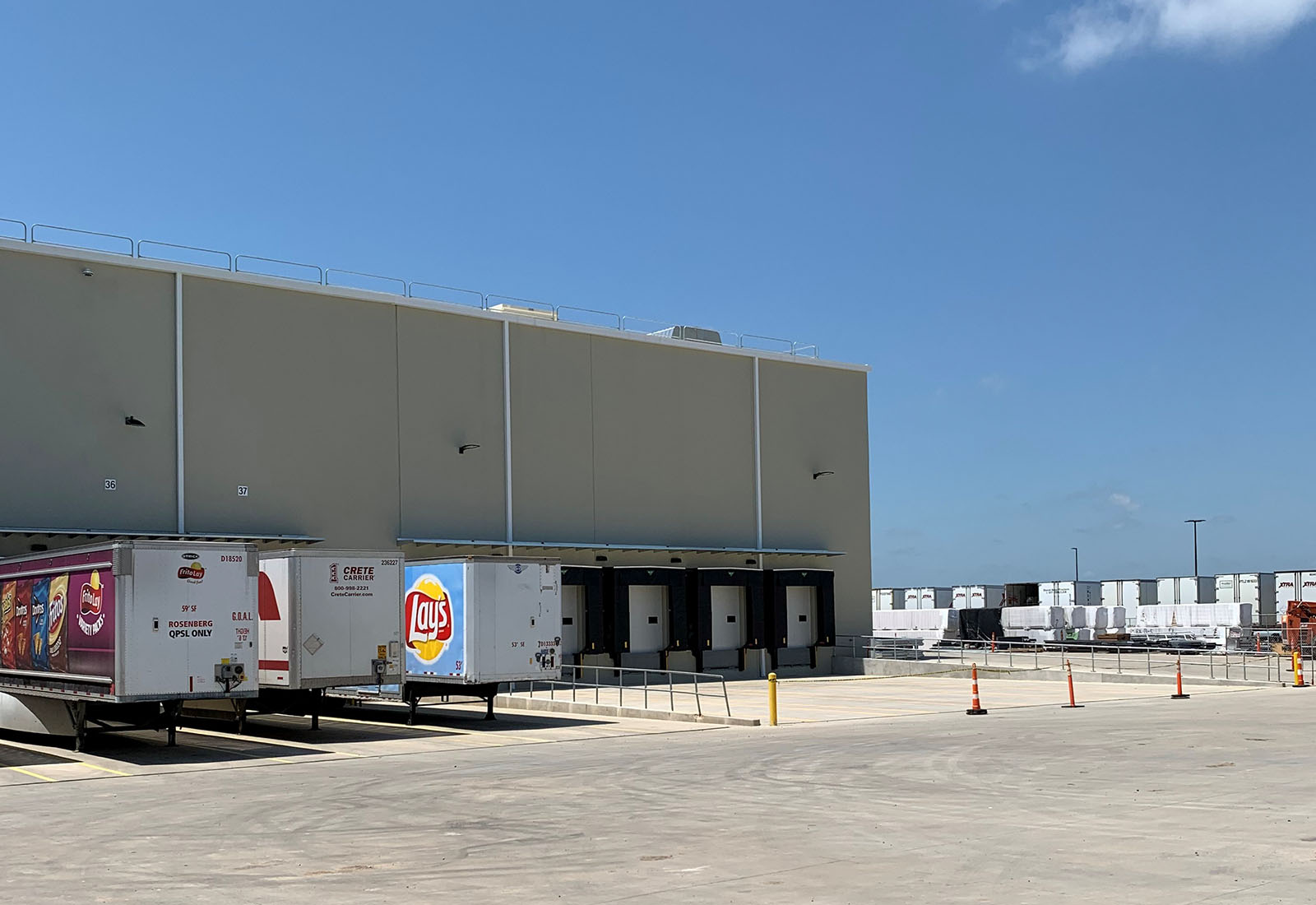