With an immediate demand for Class-A Office space in the Raleigh, NC area, developers and contractors found Tilt-Up to be their solution for 2200 Perimeter Park. This 3-story, 97,460sf multi-tenant building features large openings within the panels to create bright lobbies, and striking glasslines that match the other traditional steel framed multi-story buildings on the office park. Zoning requirements led to creating inset curtain wall corners, and the use of load-bearing Tilt-Up panels created an opportunity to eliminate the cluster of perimeter structural columns. Working together with the Architect, the project design team was able to establish a “typical” 30’ wide by 47’-4” high panel that repeated around the building. These panels contained a horizontal reveal pattern around the base, a custom reveal pattern between the 2nd and 3rd floor windows, and recessed head detail above the 3rd floor. 50’ tall accent panels were used at the front and rear entrances and included a large cantilever canopy that was supported at the panels. 2200 Perimeter Park was a great success for the entire project team, it also led to future work including a neighboring three-story, 90,000sf office building being built in the same office park shortly after. 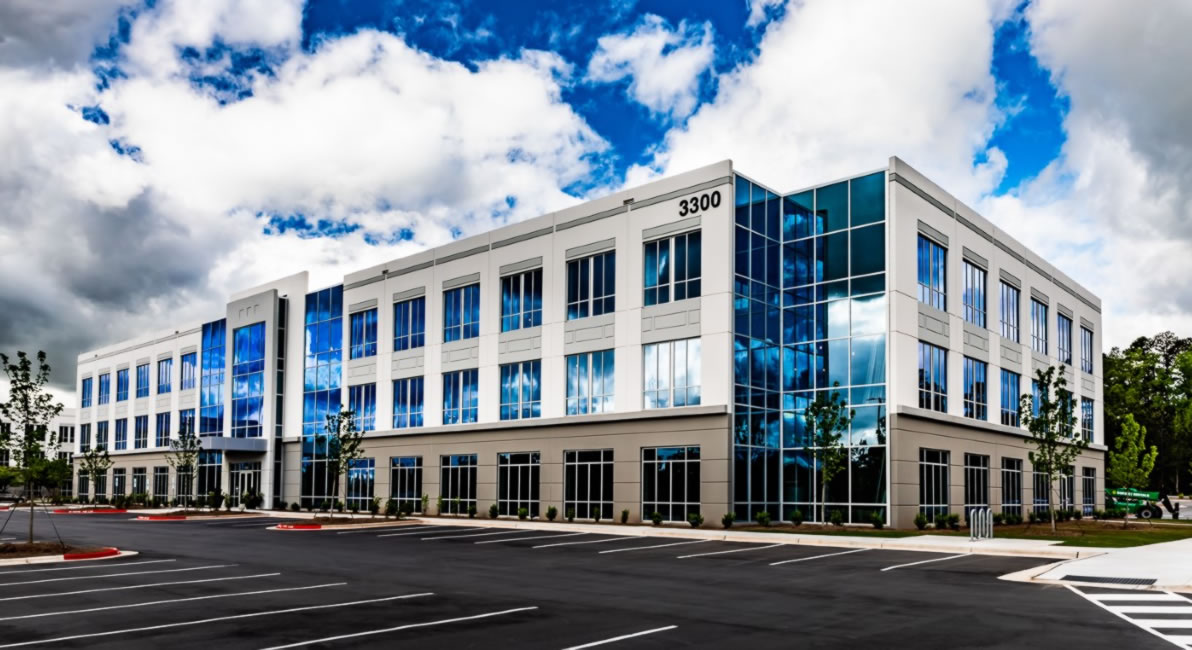