Developed by Somervell Commercial Realty for GM Financial, the GM Financial Call Center is a 104,000 SF two-story office building in San Antonio, Texas. The facility incorporates an assortment of modern design elements and remarkable employee amenities to create a luxury setting for GM Financial. The site features an intricate maze of parking spaces and driving lanes woven seamlessly into a pattern of more than 100 indigenous trees and vegetation to meet the city’s requirements for green space preservation while enhancing the building’s aesthetic appeal. The new facility is projected to create up to 700 jobs to San Antonio and potentially drive more than $300 million in total economic output in the first 10 years of operation. This project received a $2.5 million grant from the Texas Enterprise Fund, a business incentive program that was created by legislation to promote and ensure the growth of business in Texas. Due to the intricate pattern of protected green spaces around the site, we were not able to navigate a crane around the slab to stand the tiltwall panels as we would normally do. Our only alternative was to position the crane on the slab itself to erect the building. To facilitate this we increased the thickness of the slab to support the weight of the crane during panel erection. Complicating this was the positioning of the panels themselves. There was no room on the site for a sufficient number of casting beds to create the number of two-story tiltwall panels needed for the structure. Our field team developed a to-scale paper cut-out representation of the panels and the slab, what we referred to as a “paper doll plan” to create a pattern of panel forms to create the necessary panels while allowing space for the crane to navigate on the slab during erection. The paper doll plan worked flawlessly and we were able to mobilize the crane to the slab, stand the panels and exit the crane without disruptions to the protected vegetation. As stated in the previous section of this award nomination, the site had an elevation change of 39 feet that we were largely unable to level because of the protected green spaces. Instead, our design called for us to partially bury some of the tiltwall panels on portions of the site where elevations were higher. The interior design called for different feature walls in eight common areas of the building. Most of the feature walls showcased a large photograph of a General Motors car. In the employee arcade room, the owner wanted something with a more artistic look, featuring dramatic graphic designs of a Camero on partially exposed brick. We created the look using a coffee stained plaster on a brick system, which was then stenciled with the car images. Built with tilt-up construction, the exterior is finished with earth-tone colors, extensive decorative reveals and natural stone cladding at the entrances. Two large aluminum composite material canopies cover the expansive curtainwall glass entrances to the building. 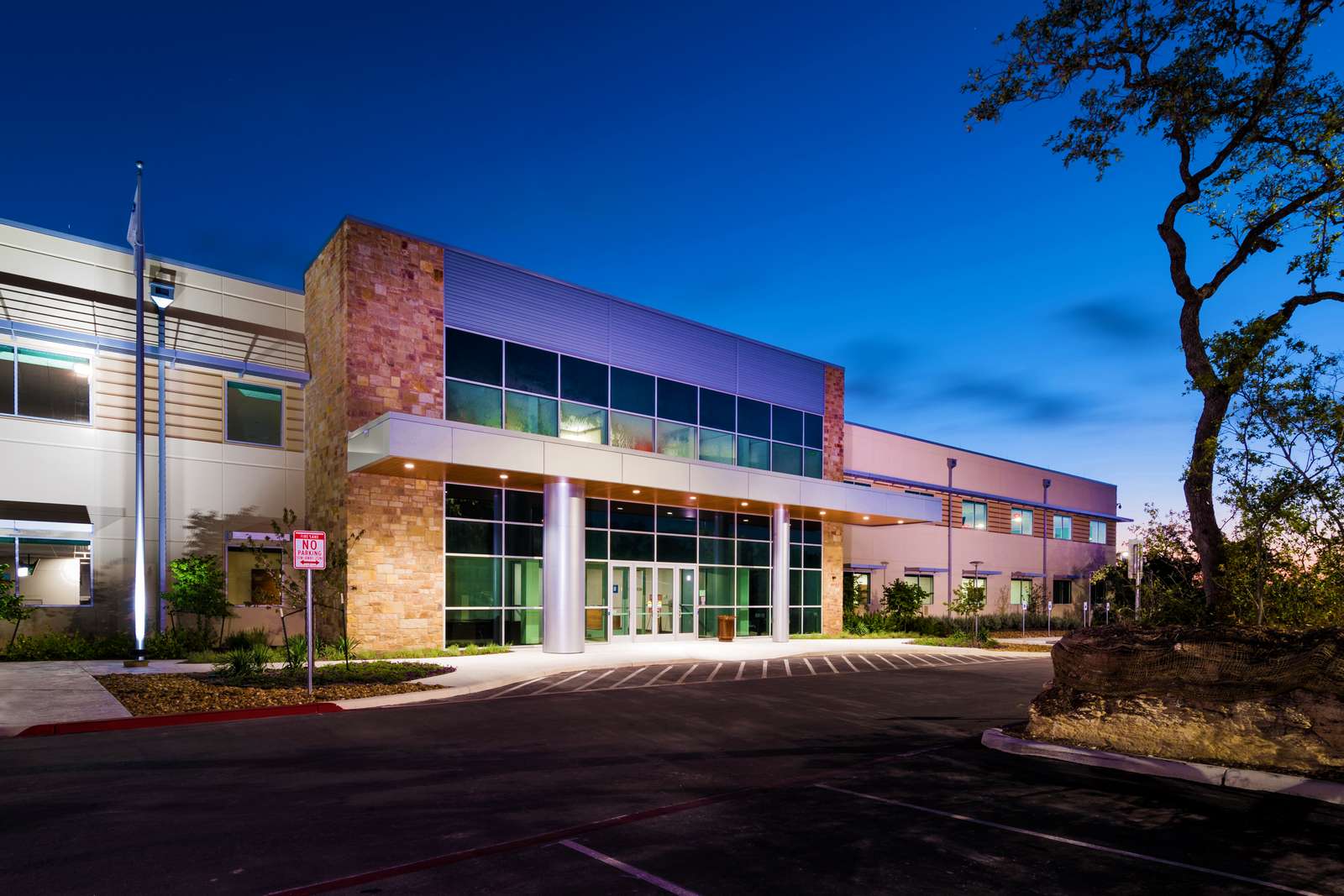