General Motors’ Arlington Automotive Logistics Center is a two-building campus located in Arlington, Texas. The facilities will house state of the art manufacturing and warehousing technologies to support General Motors in just-in-time production and delivery of vehicle interior cabins for the assembly of Chevy Tahoe and Suburban, GMC Yukon and Yukon XL, and the Cadillac Escalade at the GM Assembly Plant located directly across State Highway 360. Built on the old Six Flags Mall site on 80 acres using tilt-up construction, General Motors’ Arlington Automotive Logistic Center totals over 1.2 Million square feet. Building A stands 549,965 square-feet and is designed for two tenants. Building B stands 699,971 square-feet and is designed for one tenant. Construction began July 2017 and was slated to be completed on an expedited schedule of May 2018. General Motors and NorthPoint Development required construction on all 1,249,936 square-feet to be completed within eleven months so that all three tenants would be able to allow tenants access to each building and begin constructing custom machinery. Difficulties in construction began on day one. Before construction began, the developer was slated to have demolition of the old Six Flags Mall buildings completed rubble removed before construction began. However, due to the amount of asbestos in the old mall facilities, demolition took far longer than was expected requiring us to coordinate construction around demolition teams. Both buildings required extensive replacement of existing sewer lines, including over a quarter-mile of 78” RCP. After it was found that belled piers were collapsing, we had to convert them to beer can piers. Several aspects of unusual aspects of construction were discussed in Section A. We did, however, recycle asphalt and concrete from the old Six Flags Mall. The asphalt and concrete was ground, on site, and utilized in the new facilities moisture barrier and paving sub base. The facility presents a dramatic improvement over the abandoned and run-down eye sore that had been Six Flags Mall. The new facility makes a powerful statement along East Division and Highway 360. The use of the latest trends in tilt-up construction and painted with earth tones greatly enhanced the visual appeal of the site. The three tenants will bring a total of 850 jobs to Arlington, 600 of which are being brought back to the United States from overseas. The logistics center is set to serve General Motors in the production of its SUVs well for generations to come. The substantial completion for General Motors’ Arlington Automotive Logistics Center was completed in May 2018, meeting the eleven month timeline given by the owner. 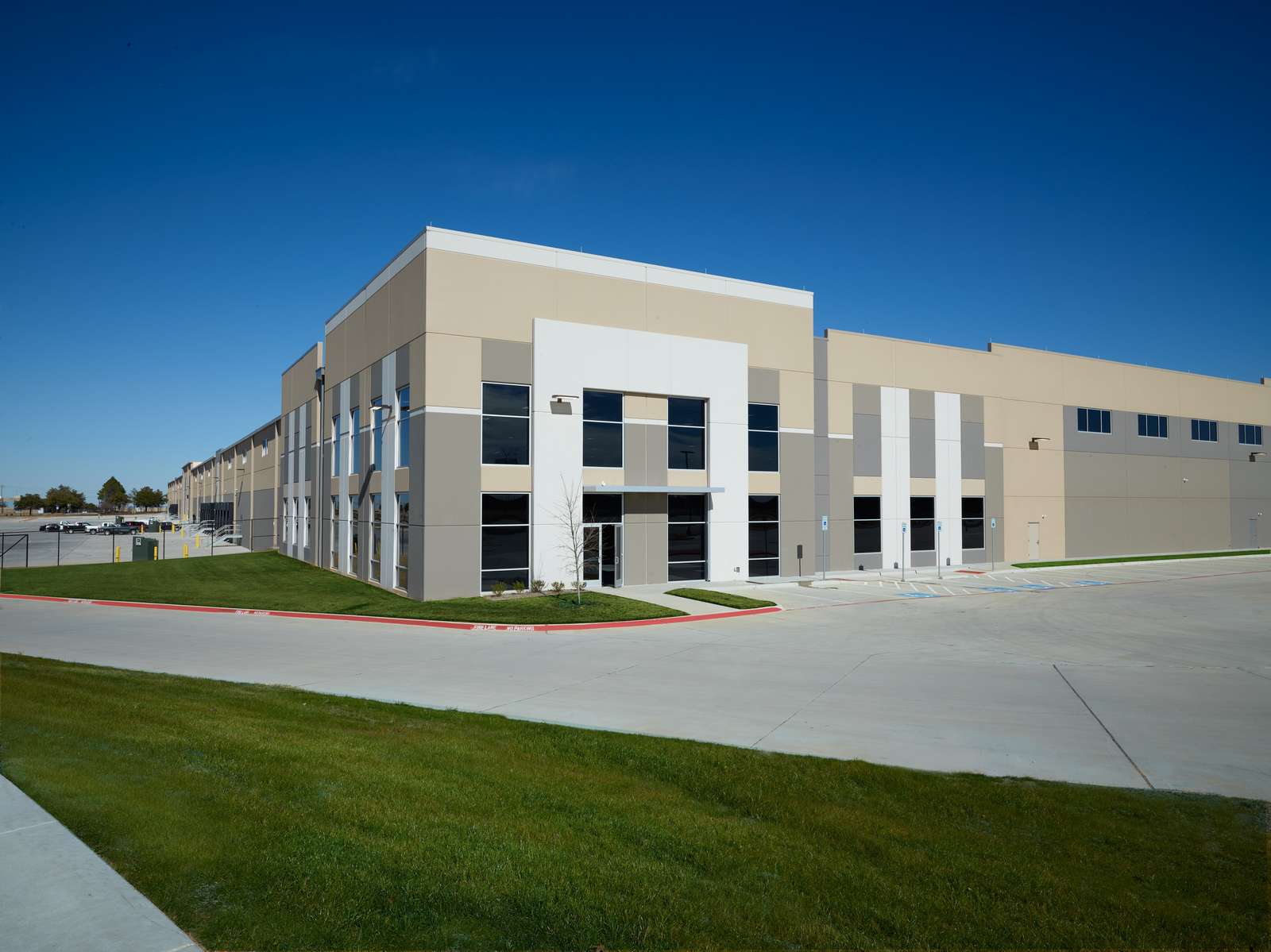