Sam Houston Math, Science and Tech Center is in Houston, Texas and is part of the Houston Independent School District. Sam Houston MSTC is touted as the 2nd oldest High School in the State of Texas. Sam Houston MSTC has a long and rich history including one of its former teachers is the former President of the United States, Lyndon Johnson, who taught English and Speech. Though the existing buildings on the Sam Houston MSTC site has a rich history, it was determined by the HISD, the current Sam Houston MSTC structures didn’t meet the needs of students and needed to be replaced. HISD set out on a total demolition and rebuild. After much design and cost analysis, HISD focused on the values of durability, life and cost. HISD determined the design and construction of a concrete tilt-up structure was the best option. Design and construction ensued. The plan included keeping the High School operating during construction. The result was the site was divided in half, a barrier was put in place to separate workers and students, so the school could operate while the main structures could be built. The design incorporated 4 separate tilt-up structures that act like 6 connected structures in very close proximity to each other. A challenging building lay-out and tight site for casting and erection of tilt-up panels. Overall, the buildings provided 357,000 sq.ft. of new student space. A combination of single and 2 story structures with the 1st floor providing 203,000 sq.ft., of 5”, 6” and 8” slab on grade. The second floor provided space of 154,000 sq.ft. of 51/2” and 6” slab on metal deck. The exterior of the buildings are assembled with 71/4”, 91/4”, 131/2”, and 151/2” tilt up panels. Vertical form liner and some reveals was incorporated as an architectural feature to the panels. To accommodate the erection plan, and some special slab finishes including polishing of some slab on grade. Nearly 240,000 sq.ft. of casting beds was utilized to form and pour panels both on the exterior and interior of the building lines. Panel layout, casting and erection was sequenced and coordinated with a separate erector on a limited and very tight site. Sam Houston High incorporated over 23,500 c.y. of concrete and 100,700 man-hours all successfully placed and erected without a single T.A.S. Safety incident. 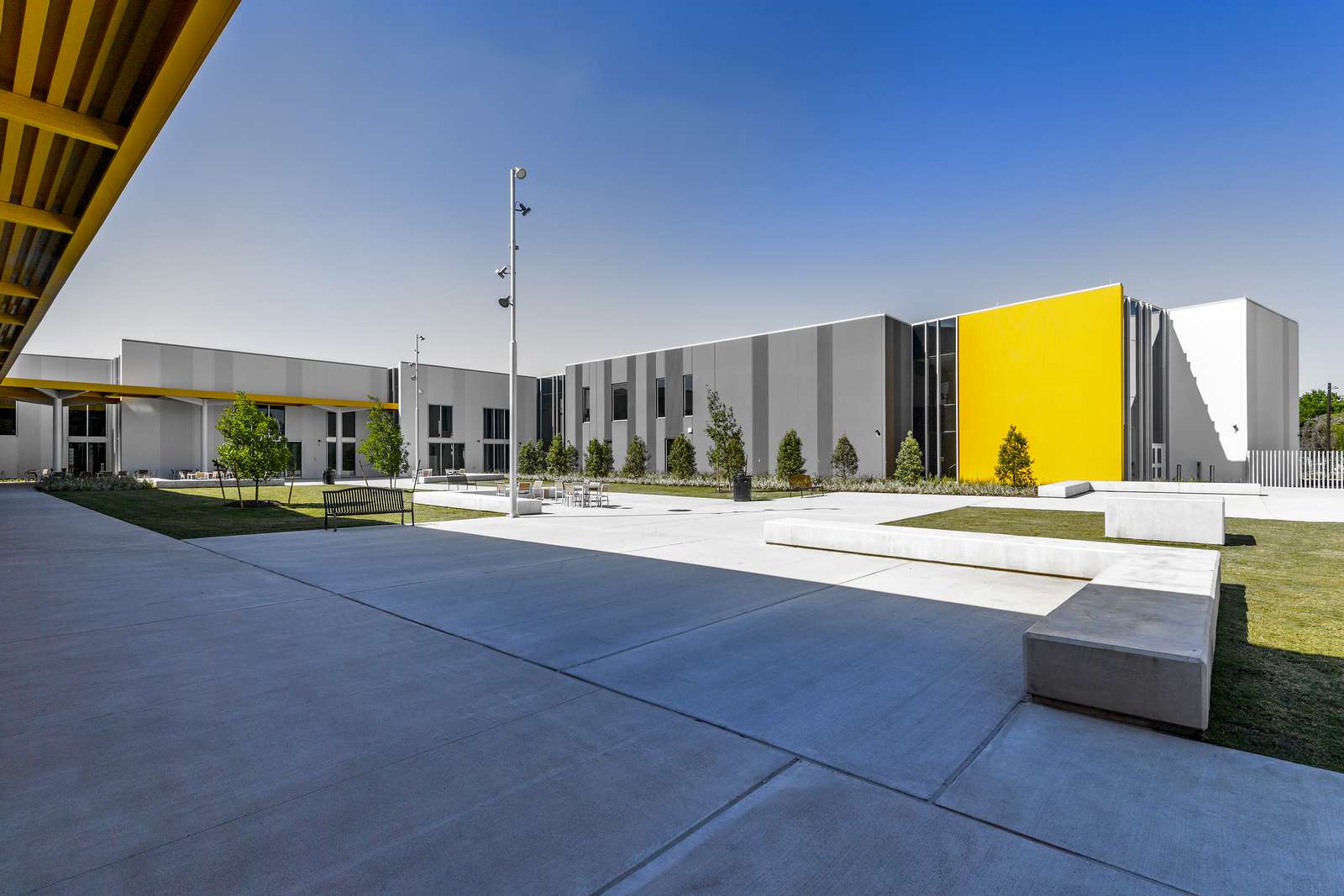