There were a total number of 9 buildings, with 2 floors and a total area of 595,155 sq. ft. The exterior perimeter was all tilt-up insulated reinforced concrete panels, with some interior reinforced concrete shear wall solid panels. Inside, there are precast columns, precast and prestressed beams and hollow-core slabs. Reinforced concrete screed was then cast on the hollow-cores and joined with the tilt-up panels to form the rigid diaphragm of the structure. The spans of the concrete beams were around 7.2 meters. In one of the buildings, there was a gym inside where it's roof was supported by prestressed reinforced concrete I-beam Girders spanning 21.5 meters, supported on precast columns. The external Tilt-Up walls were extended about 2.6m above the Finished Roof Level acting as a parapet to conceal the mechanical and HVAC equipment on the roof.

This project was the first Tilt-up project in Qatar. It was re-designed from conventional concrete construction to tilt-up, after the tilt-up contractor/specialist convinced the general contractor and the Client that the tilt-up system will reduce cost and expedite the construction process, where the tilt-up contractor also carried out the redesign of the project. This value engineering in switching to tilt-up resulted in achieving around 15% cost savings (of the skeleton works' budget) for the General Contractor (GC) and the client; thus securing the contract for the GC.

The inherent characteristics of the tilt-up system of being able to build relatively wide, tall and heavy wall panels cast on site, made it possible to meet the project's tight re-design and construction schedule in terms of time, quality and cost (post value engineering). Furthermore, its inherent fire resistance, sound and heat insulation and the durability of concrete as a structural material has met the satisfaction of the project owner and end user, and gained their confidence in the system to last for many maintenance-free years to come.

The insulated tilt-up concrete wall panels made it possible to meet the project's required U-Value, with a total concrete thickness of 300 mm (150 concrete/50 insulation/100 concrete), utilizing top of the line composite connectors by Thermomass, compared with the original conventional block work system of 500 mm. During the re-design and build phase, the specialty Engineer working with the project design team, have managed to capitalize on the strong features and characteristics of the tilt-up system to adapt it successfully to the footprint of this relatively large project with almost repeated foot prints for each of the 9 buildings. 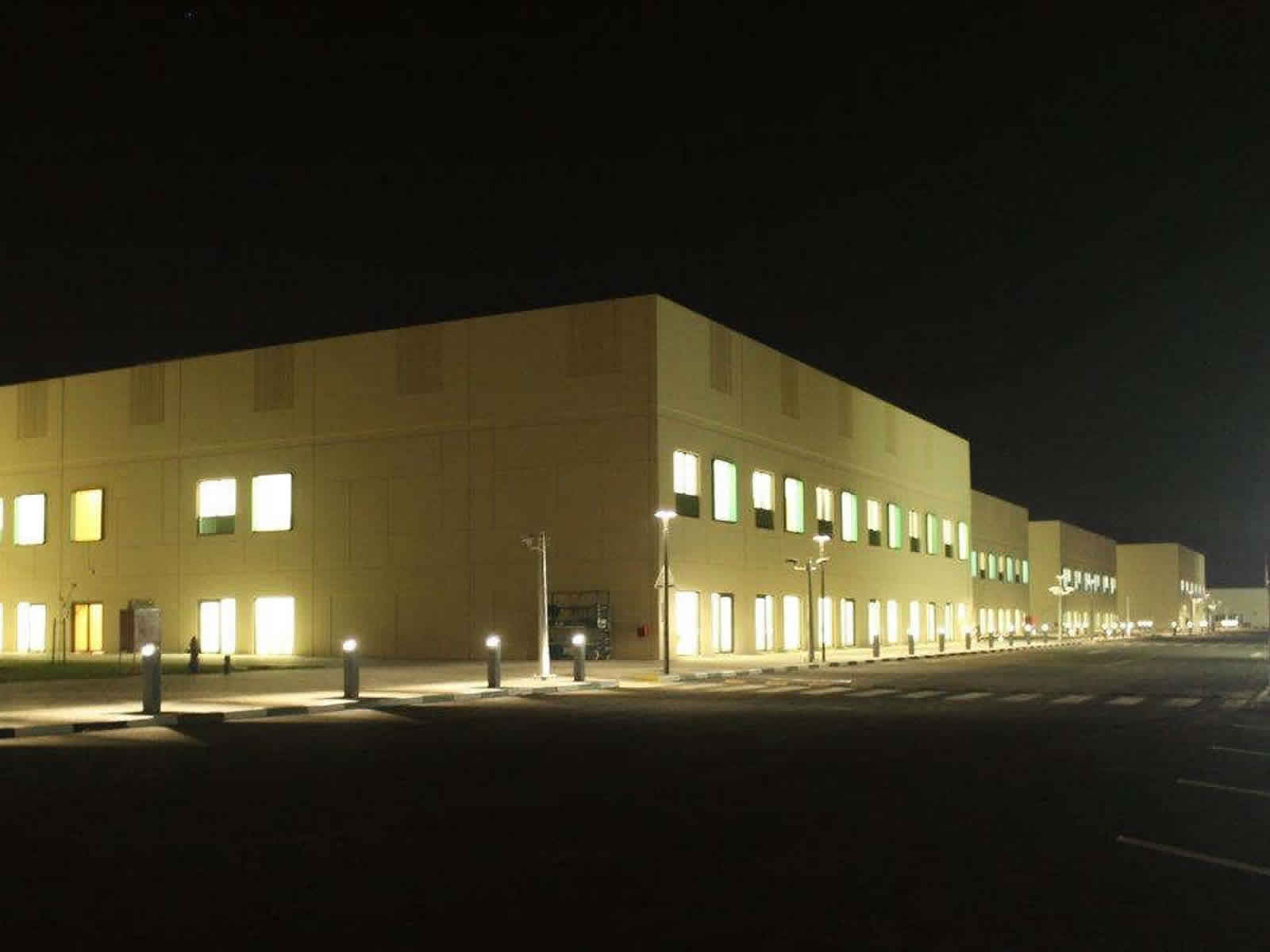