Building the water park was the biggest challenge for this project. With a longer lead time to construct, around a year and a half, the design team weighed various options when selecting the structural system for the water park. Although utilizing a pre-cast system had been discussed, given the size and weight of panels required, it was not the most economical for the project. Using steel for the framing was off the table due to the environment in which it would be used - the use of chemicals would lead to corrosion and fluctuating temperatures in the water park would have longer term negative impact on steel. Tilt-up quickly became the preferred method of construction.

Because of the speed at which the team could enclose the structure, the trades were able to begin their build-outs (mechanical systems, plumbing, HVAC, pool manufacturer, etc.) sooner, and with its ease of maintenance and reasonable cost, tilt-up construction was the best choice for the water park at Great Wolf Lodge.

Not only did the project create hundreds of jobs during construction, it will create approximately 600 jobs once operational, boost tourism in the region, and provide continuous economic development for the local community.

Great Wolf Lodge Georgia celebrated its grand opening on May 24, 2018. 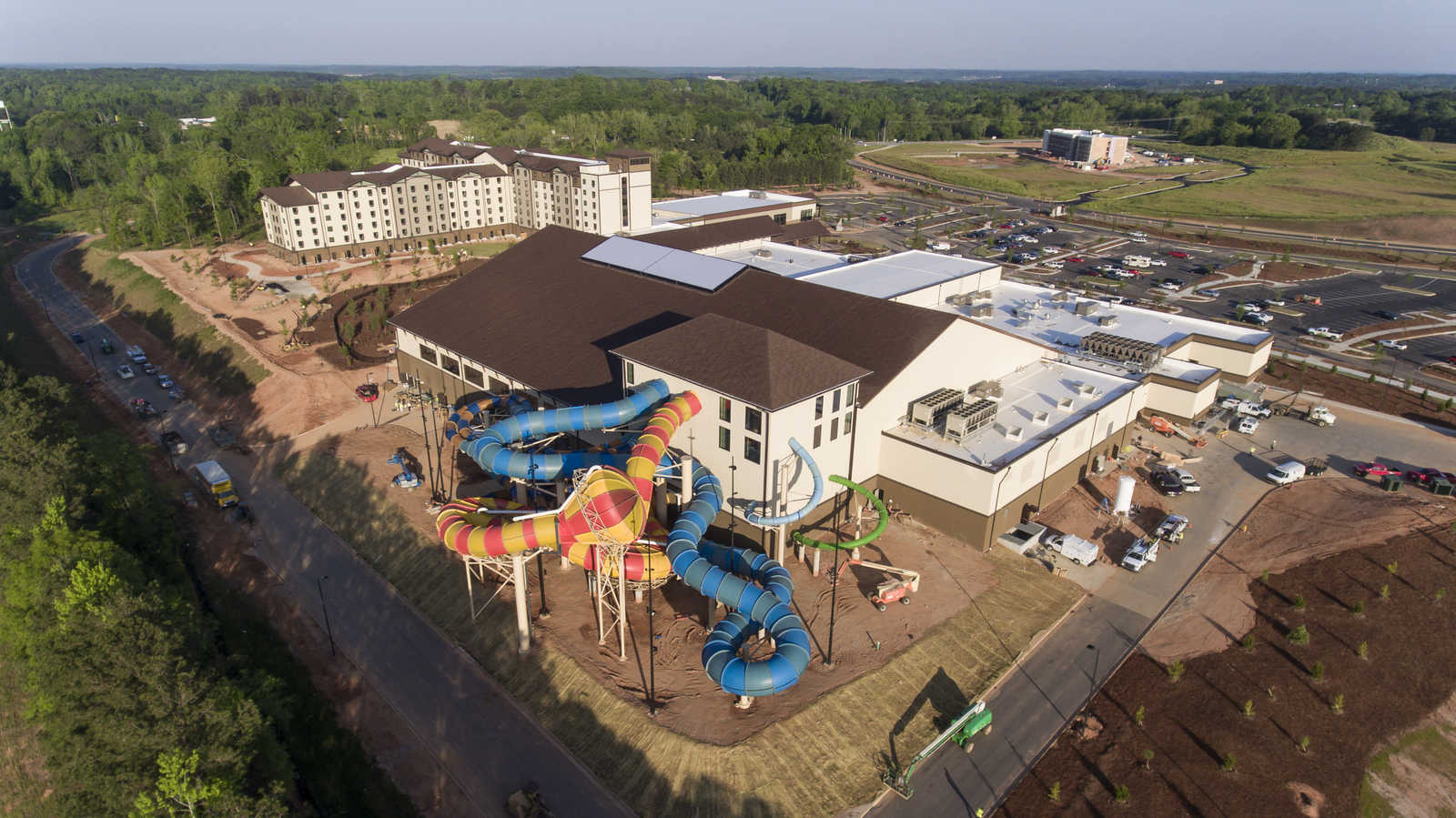