The primary structure of the stadium is made of cast in place concrete and structural steel, but most of the exterior façade is 7 ¼” thick tilt-up concrete. Before the tilt structure could be erected, the Elevated Deck/Main Concourse was constructed so most of the Panels can be welded off to the main concourse. The job required the use of seamless Form liner with an Ashlar Pattern where the pattern needed to appear continuous from one panel to another. The panels that make up the exterior corner near home plate were generally shaped like an “E” with mid and upper cantilevers. A series of panels shaped like the aforementioned “E” were placed in a series and welded so the cantilever beam attaches to the next panels column leg allowing for 18’w x12’t openings for windows. In a similar location, tilt-up panels with a large cantilever end (end cantilevers out 8’ with a 21’ tall portion of wall) were placed so the cantilever portion would sit on the Elevated deck/Main Concourse. This piece of wall on the Main Concourse begins a series of panels that bear only on the main concourse. In another location, a 55 Ton “L” shaped panel needed to by placed in a tight area where the main concourse is on two sides of the panel. For this “L” shaped panel to be lifted and placed safely, a concrete cantilever beam was added. This extra beam was connected to the lower portion of the “L” panel by a few pieces of rebar. The lift plan for this panel placed additional lifting embeds in the cantilever portion, as well as the main panel, allowing this would be off-balance panel to be lifted properly. Later, the added cantilever beam and rebar was cut off, so the panel maintained the “L” shape as planned.

Throughout the project, Tekla Structures was used heavily for BIM Coordination. The stadium’s concrete components and embedded items were modeled in full detail to determine if there were any conflicts between the tilt scope and the cast in place scope. It also assisted with verifying the location of architectural features such as reveals and form liner position. Casting beds, casting sequences and crane paths were also laid out in 3-D to ensure it does not impede the progress of other scopes. 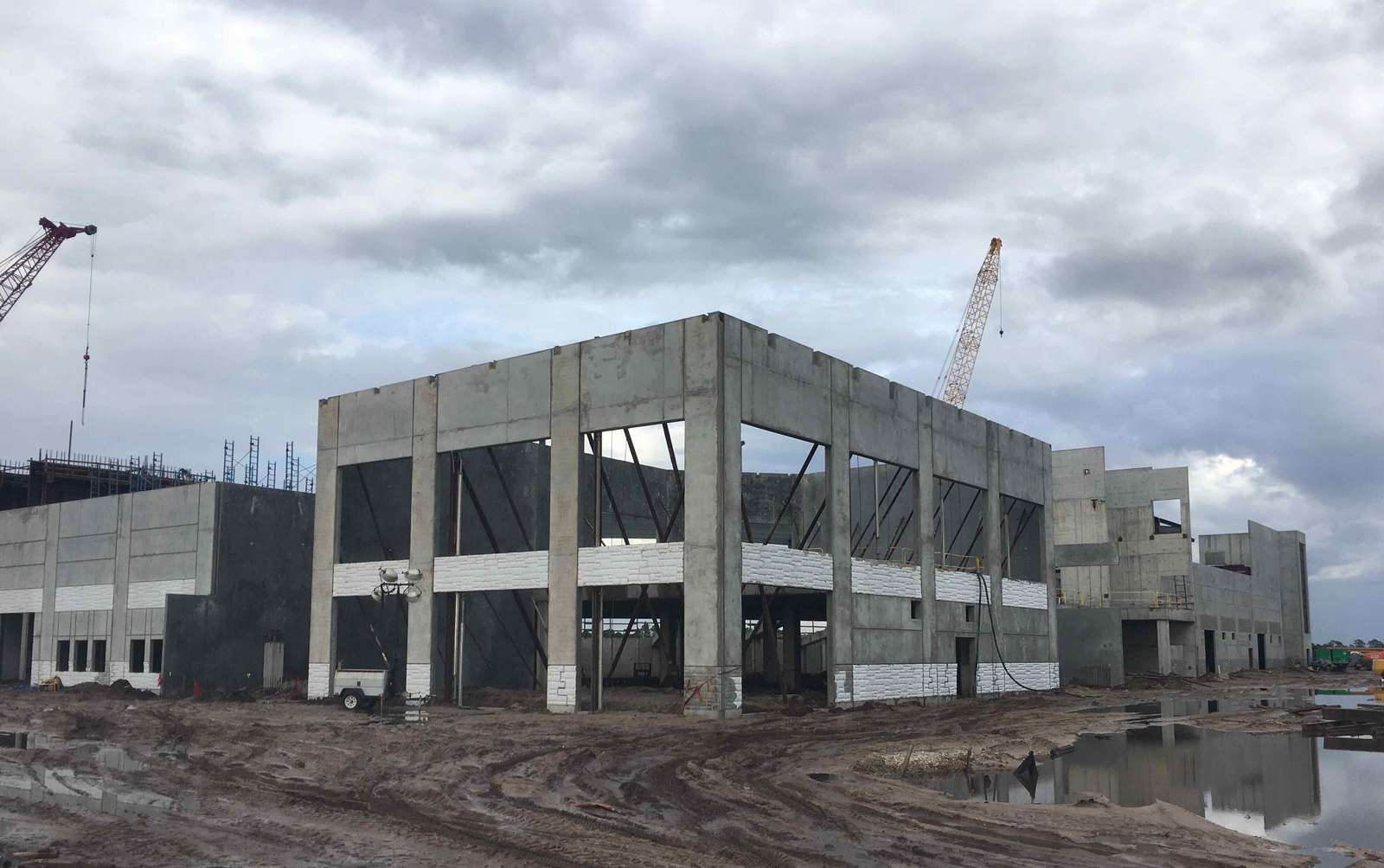