Built on the old Raytheon campus in Garland, Texas, the Jupiter Miller Business Park is an adaptive re-use, redevelopment of a historical 42 acre site with 1950s-60s era buildings of former defense contractor Raytheon Corp used for aircraft manufacturing, technology R&D and testing. The three-building center totals 764,761 square-foot of warehouse and distribution space. Developed by Langford Property Company and Designed by Alliance Architects, the facilities will house multiple tenants; including recently announced Quest Window Systems. Six buildings from the old Raytheon site, dating back to 1957, had to go through asbestos abatement and them be demolished. During demo, a previously unknown basement was discovered in a building, which meant we required more fill material which turned the original export only site into massive import site. Over 82,000 tons of concrete and rebar from demolition was able to be recycled from the buildings and paving, for which a batch plant was built on-site. Mid-way through design the garland city council which approved the project were all voted out of office. The new city officials declared that no dock doors could face Jupiter road. As design was already completed and one of the two buildings had doc doors facing Jupiter Road, we had to flip both buildings 90 degrees and made a complete redesign of one building, making it into two buildings for a total of three buildings on the site, following new city regulations with no dock doors facing Jupiter Road. A significant amount of soil had been contaminated from the old Raytheon tenant. We used the unusual method of putting a crushed stone barrier under the building to allow the contaminants a pathway out. Our work was part of the overall former campus and there were other buildings occupied by another owner/tenant. We had to employ careful sequencing of removing the existing underground (water, sewer and gas) while still installing and connecting our new services, so as to keep the adjacent buildings active until the new service lines were complete. It was all private work; only had partial Raytheon record drawings - no public easements or City documents confirming what we would find in excavations. The connections to public lines in streets rights of way were difficult to determine and most confirmed during overnight excavations with extensive street closures over several months. Completion of one building slab was delayed for two months while removal of the water line beneath was delayed by unforeseen conflicts discovered in the street connections Final appearance is 767,000 SF new construction of LEED certified modern tilt wall distribution center that fits well with City’s redevelopment goals. The exterior is painted white and grey with entrances featuring a stone façade. Construction began in February 2017 and although several weather days were encountered, the substantial completion date for Jupiter Miller Business Park was met under deadline, in August 2018. 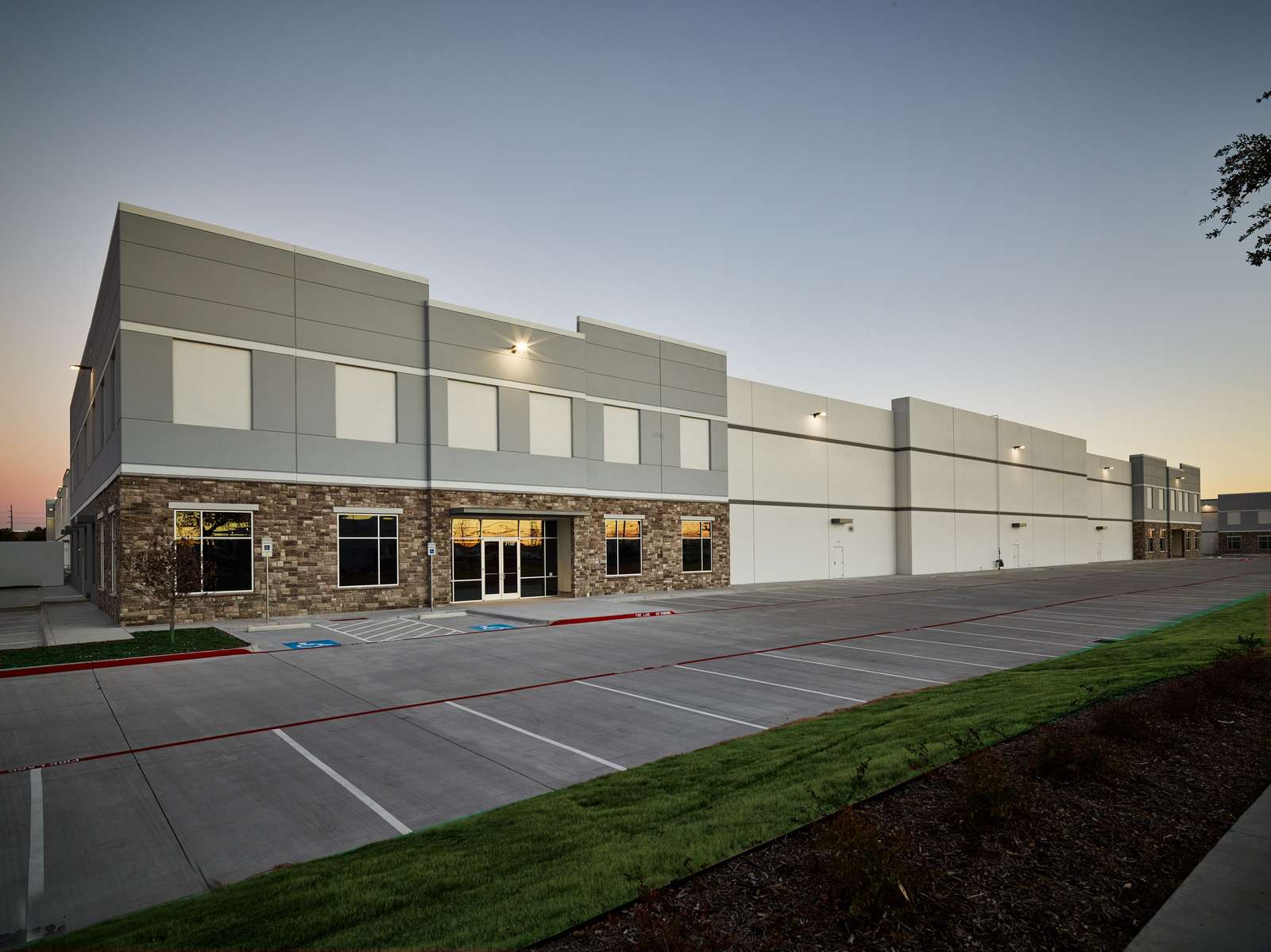