Needham DBS was approached by the General Contractor, Strickland Construction, in January 2015 to discuss a new private school project. We had successfully worked with the contractor on several other Design/Build projects using Tilt-Up panels so he asked if we would review the project for feasibility of a conversion from PEMB metal panels to Tilt-Up Construction.

Needham DBS could offer an Integrated Building Solution using Tilt-Up wall panels acting as shear walls for lateral forces (wind and seismic) as well as load bearing capacity for gravity forces. When these systems work together the building solution is an economical approach to building design, eliminating exterior columns and providing a clean classroom space. The metal roof deck diaphragm provides a simple framing system to resist shear and uplift forces. Using Insulated Tilt-Up Panels would provide a thermally efficient structure lowering energy demand and cost. The durable surfaces on both the interior and exterior surfaces, eliminating interior furring and drywall costs as well as providing a superior surface for exterior maintenance costs for wind projectiles and abuse.

By providing a conventional roof and a small parapet for roof termination, we could provide a clean elevation. Eliminating the complicated PEMB roof to wall transition, designed with a complicated overhang, eliminated labor and material costs to allow for a compressed construction schedule. It provided beauty, both in form and function, creating more visual interest than the alternative of gabled roofs and overhangs. Due to the versatility of form and shape we were able to produce panels that reflected the site plan and vision for future additions.

Within just a few weeks of being contacted, Needham had prepared a new Building Shell set of drawings to present to the school. The excitement of the new building shell spurred a renewed fundraising campaign and marketing focus. Using the panel geometry as inspiration, the “Building Our Vision” campaign kicked off. A building fly-through video was created, graphic designers produced materials for handouts. The first building fundraiser event that I attended was 2015. The overall budget was a hurdle that would take years to achieve with the current student numbers. In 2016, the school board decided to downsize the project to seed the classrooms and grow the school. I would attend additional fundraiser event in 2016 and they closed in on the budget needed to move forward with construction.

Construction kicked off in April 2017 and was on a fast track construction schedule to open by January 2018. The school was preparing for opening and fundraising for classroom furniture and interiors in the fall of 2017. While visiting the school in December 2017 to get photos, I saw graduates who were part of the initial fundraising efforts coming back to help in any way they could, whether it was cleaning classroom, hauling mulch, polishing floors, moving boxes. They had been a part of the vision and they were just as excited about seeing it as the kids who would be attending. The entire staff, student body and parents were engaged throughout the construction of their new school.

In the Fall of 2018, I attended a fourth fundraiser, held for the first time in the new gymnasium. There was a sense of pride as I had seen many of these kids for the first time 4 years prior and it was amazing to see them growing up and thriving in their new school. Enrollment numbers shot up so rapidly that within the first year of opening they had to rent 2 additional facilities to house all the students. The elementary Pre-K through 5, used to seed their future growth is at capacity with wait lists. I am excited to see the growth and can’t wait to be part of the campus expansion.

This school is truly more than a building. It’s a home full of happy faces, a tight-knit community of staff, parents, alumni and students. A multi-functional building with humble beginnings that I am proud to be part of. 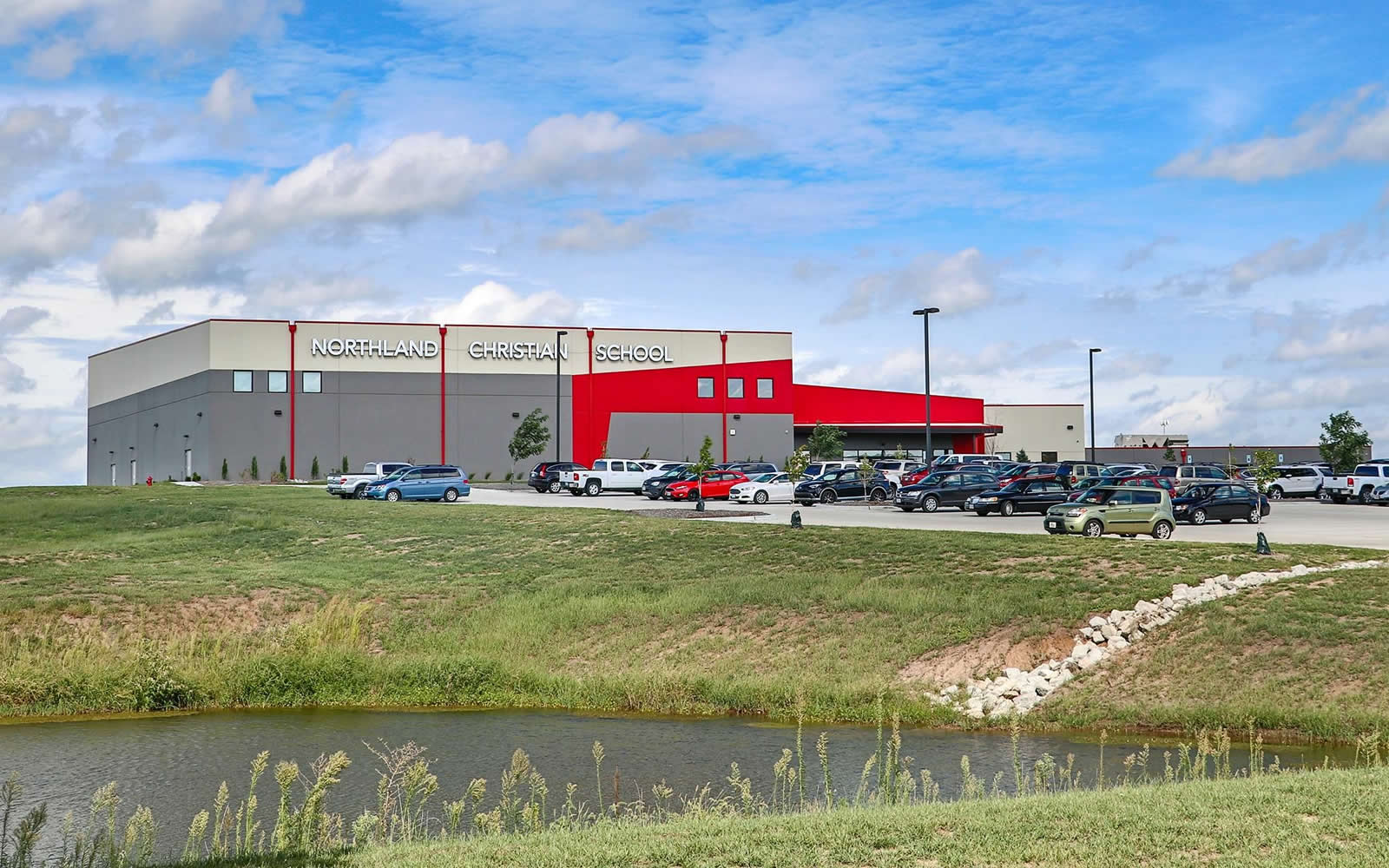