Best Buy, an American consumer electrics retailer, is headquartered in Richfield, Minnestota. Operating across the United States and internationally, the company was originally founded in 1966. With 18 locations across the Houston area and Best Buy’s closest distribution center being 250 miles away in Dallas, Best Buy made the strategic decision to open a Houston-area distribution center to meet the growing demand for household products including big-screen TVs and major appliances. To ensure faster deliveries to customers’ homes, Best Buy decided to build in the accessible Houston-area community of Missouri City, Texas. The new facility was built with the intent of shipping products to stores and delivering these items to customers’ homes in the Houston area and beyond. The Best Buy Build-to-Suit project is a 554,536 square foot, tilt-wall, office/warehouse including 10,600 square feet of office space. The interior features large stacks to accommodate big-screen televisions, washers, dryers, and other household items. With the addition of this facility, Best Buy is able to replenish inventory at more than 70 Best Buy stores in Texas, Louisiana and Mississippi and support customer deliveries in the growing Houston area. The Best Buy building features a 32’ clear height ceiling. The building’s exterior is made up of painted tilt-up concrete panels with storefront and curtainwall glazing at the main entry. The design of the main entry gives the appearance of a formliner box having been pulled apart to reveal the curtainwall glazing. The formliner box is broken up with larger reveals and the separated formliner masses are connected by aluminum fascias. The team broke ground on November 10, 2017 and reached substantial completion on schedule. To mitigate the impact of the heavy rains and one of the wettest seasons in years, our team was able to mix and re-mix the building pad subgrade prior to every slab pour, between the rains, timing it precisely to get the slab pours down and stay on schedule. E.E. Reed was also able to limit lost time due to weather by erecting the individual bays of roof steel on the ground and lifting them into place, one bay at a time. The roofing started on the tenant build-out side of the building, allowing the team to start interior finishes prior to having the entire building water tight. Glazing systems were measured prior to lifting the tilt-wall panels and storefront systems measured prior to sidewalk completion, allowing for glazing install to start shortly after tilt-wall erection completion. All of these techniques, along with working long hours, helped keep the project ahead of schedule, despite the 46 rain days incurred. After a successful construction period, company leaders and local officials gathered to celebrate the facility’s grand opening in October 2018. The Best Buy project created more than 40 full-time jobs for the community, was completed ahead of schedule, and has increased Best Buy’s efficiency in the market. As a result of surpassing the client’s expectations with the scheduling hurdles, E.E. Reed has been awarded another project moving forward. 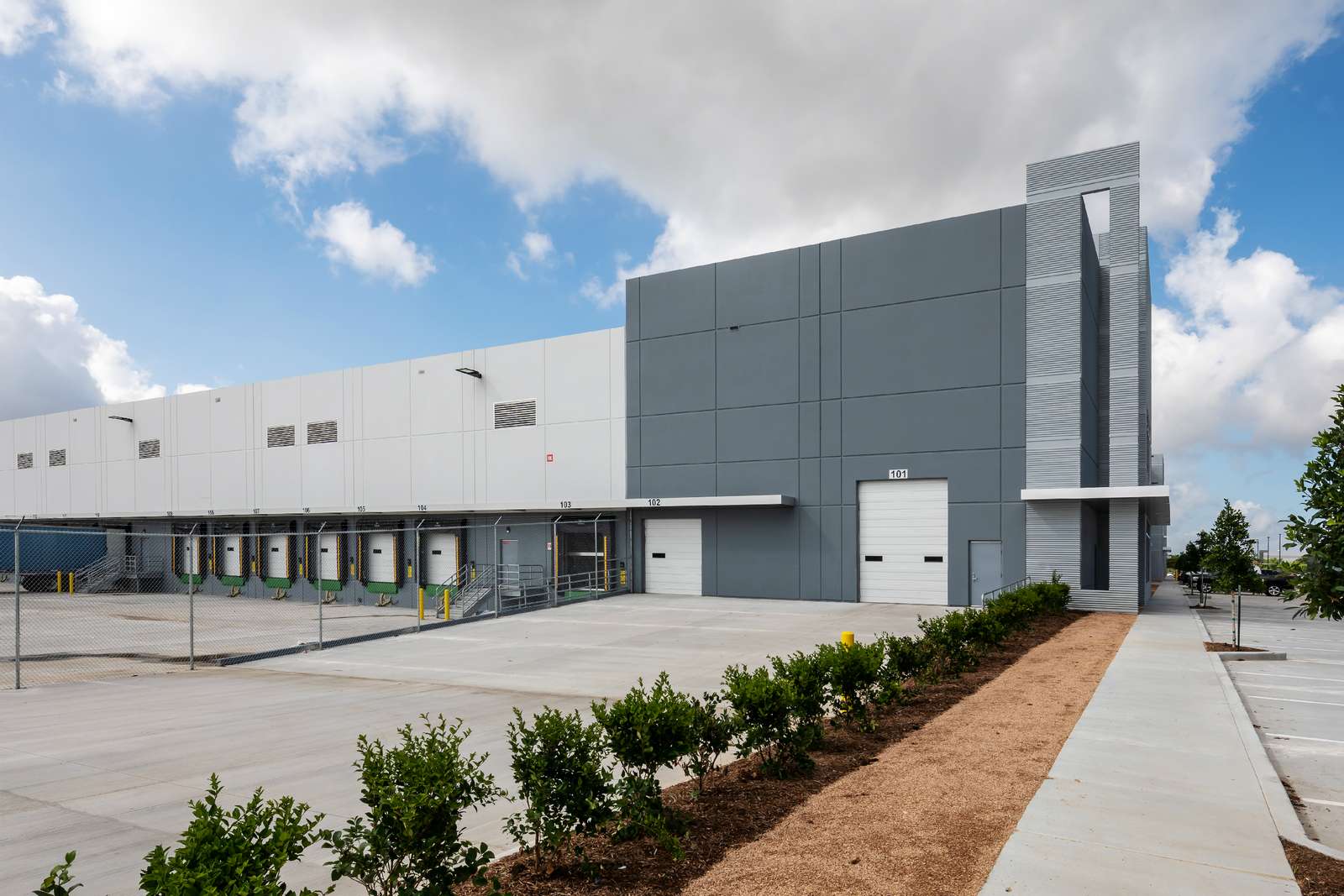